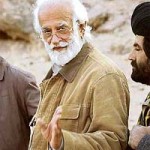 
The decision of writing letter was taken during a high level meeting presided over by Balochistan Chief Secretary Ahmed Bakhsh Lehri here on Saturday.
Official sources said that the decision was made because despite lapse of one and half year to the murder of Nawab Bugti, formation of judicial commission announced by federal government to probe into the killing was not formed.


Provincial Home Secretary Zafar Baloch, Balochistan Advocate General Amanullah Kanrani and other high ranking officials were also attended the meeting.
It was decided in the meeting that provincial home and tribal affairs ministry within next two days would write a letter to federal government in which the latter would be reminded about its announcement made on November, 24, 2009 during a joint session of parliament. It said that PPP Senator Raza Rabani while announcing the Aghaz-e-Haqooq Balochistan Package had said that for a political solution of problems of Balochistan and inquiry of murder of Nawab Bugti a judicial commission would be set up.


Despite lapse of one and half year, federal government did not constitute judicial committee.
It is worth mentioning here that Chief Justice of Balochistan High Court Qazi Faez Esa had also expressed his serious resentment over lack of development in Nawab Akbar Khan Bugti’s murder case.
Nawabzada Jamail Akbar Bugti, eldest son of Nawab Bugti had also submitted a constitutional petition in Balochistan High Court in which he had pleaded that his father was killed in a military operation in 2006 but no accused was arrested till date.