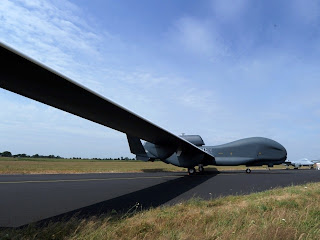 Al Musally had said that the UAE government desired to keep details of cooperation with US military confidential.
The United Arab Emirates (UAE) was concerned in 2005 that the details about its military cooperation with the US on the Balochistan airstrip had been leaked, according to latest diplomatic cables released by Wikileaks.
Ahmed Al Musally, Director of the Asian and African Affairs Department at the UAE Ministry of Foreign Affairs, had specifically complained that retired General Tommy Franks, former Commander of US Central Command, mentioned in his book, “American Soldier” that US forces had made use of Sheikh Zayed’s private airstrip in Balochistan, Pakistan.
In his meeting with the deputy chief of mission, Al Musally explained that the government of UAE desires to keep details of the UAE cooperation with the US military in Afghanistan and Pakistan confidential, because the Government is concerned that public acknowledgement of this assistance could pose risks to the UAE security within the UAE or to UAE officials in Pakistan.
Earlier, the Pakistan Air Force’s (PAF) deputy chief had revealed that the Shamsie airbase in Balochistan was not under their control as it was funded and constructe by the UAE. The PAF chief had made this revelation during an in-camera session of both houses of parliament following the unilateral operation by US forces in Abbottabad that killed Osama bin Laden.
Cable Referenced: WikiLeaks no 32618.
The full text of the cables can be read on Dawn.com, The HinduandNDTV. WikiLeaks has previously released cables to other media organisations including Guardian and the New York Times.
For more on this issue follow: pakwikileaks
http://tribune.com.pk/story/176436/wikileaks-uae-expressed-concern-over-balochistan-airstrip-leak/
Posted by Mohim Baloch at Thursday, May 26, 2011