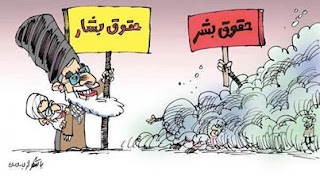 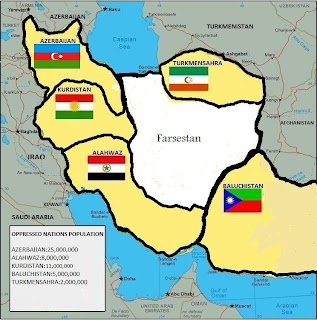 Subject: Human rights violations in Balochistan
Dear Sir,
The Baloch National Front (BNF), an alliance of Baloch nationalist parties, would like to draw Your Excellency’s attention towards your recent visit to Pakistan which caused heartbreaks among the Baloch people.
Your Excellency, in a speech delivered on August 30 in Switzerland, had said:

“We must ensure that anyone, on any side, who commits war crimes, crimes against humanity or other violations of international human rights or humanitarian law is brought to justice. This is a shared responsibility for this Council, for United Nations Member States, for the international community as a whole. We must use all our many tools to shine the light of human rights everywhere.”
When Your Excellency was in Islamabad on August 13, relatives of hundreds of Baloch missing persons were protesting outside press clubs in Quetta, Karachi and Turbat cities. As we presume that Your Excellency is aware of the missing persons’ phenomenon in Balochistan, we will not indulge into its details. In short, human rights groups have confirmed that thousands of political activists, writers and common Baloch have been abducted by Pakistan’s security forces whose whereabouts are unknown to their families and rest of the world.
Pakistan’s top judge has said they have evidence of Pakistan’s paramilitary troops’ involvement in these abductions. According to Human Rights Watch, tortured bodies of 300 of these missing persons have been found dumped in deserted parts of Balochistan and Karachi. International media calls this kill-and-dump phenomenon Pakistan’s ‘dirty war’.
The BNF and the relatives of missing persons were hoping that Your Excellency will use the influence of his office during his visit to press Pakistani government to stop this ‘dirty war’ against the Baloch people, who are struggling for their right of national independence – a right that is enshrined in the United Nations’ Charter.
However, Your Excellency didn’t say a single word about the issue of Baloch missing persons. A single sentence from Your Excellency’s mouth could have saved several innocent lives, who are in the custody of Pakistan’s security forces. At least, that’s what the relatives of missing persons believe.
We understand that the purpose Your Excellency’s visit was to witness Pakistan’s independence day flag hoisting ceremony on August 14. However, it might not be in Your Excellency’s knowledge that on the same day, on August 14, Pakistan’s security forces raided a house in Turbat city and killed two Baloch youngsters — Reza Jehangir, the Secretary General of the Baloch Students Organization; and Imdad Baloch, a senior member of the Baloch National Movement.
When Your Excellency was attending Pakistan’s Independence Day celebrations, hundreds of Baloch women were protesting in Balochistan’s Turbat city to observe August 14 as a black day. Pakistan’s paramilitary troops fired tear-gas shells and baton-charged the protesters to disperse their rally.
In the night between August 14 and 15, Pakistani forces set on fire a hunger strike camp set up by the relatives of Baloch missing persons outside the Quetta Press Club.
Just two days ago a prominent Baloch journalist and the leader of BNM Haji Razzaq was brutally murdered. He was abducted by security forces 4 months ago.
We don’t know if you should have attended the independence day ceremony of a state that is blamed by human rights groups of mass murdering people living there, but we did see your visit as an opportunity to highlight the issue of human rights abuses in Balochistan. Being the custodian of the UN and the guardian of international laws and instruments, we hope that Your Excellency will play his role in putting an end to human rights violations in Balochistan.
At the end, we want to apologize for some candid remarks we made in this letter, but Your Excellency should know that we, the Baloch people, are really in a messed-up situation.
Thanking
Yours Truly
Dr. Mannan Baloch
Secretary: Baloch National Front

http://baluchsarmachar.wordpress.com/2013/08/28/human-rights-violations-in-balochistan-bnf-letter-to-un/
Posted by Mohim Baloch at Thursday, August 29, 2013 No comments:

Iranglobal.info
Posted by Mohim Baloch at Thursday, August 29, 2013 No comments:

Iran Iran has 'Plan B' for post-Assad Syria

US military strike in Syria will have repercussions across the region, and will certainly raise hackles in Iran. But ultimately, say analysts, Tehran will call the West's bluff, as it always does.
After last week's horrific chemical attack on civilians in Syria, it felt like the US and its allies had no option but to take military action against President Bashar al-Assad's regime. President Barack Obama's famous "red line" declaration - made almost exactly a year ago - about the use of chemical or biological weapons had now undeniably been crossed.
While analysts agree that any US strike against Syria will likely be relatively limited - possibly a single cruise missile strike against a government building in Damascus - even the most "symbolic" attack could have serious consequences for the region.


Some think President Rouhani's position will be weakened if the US strikes Syria
"Once you get any kind of action like this, it's far less easy to predict what will happen then," Paul Rogers, security analyst for UK think tank Oxford Research Group, told DW. "In the wider Middle East, even if it's a symbolic raid, it will be seen as one more example of the West interfering."
Hayder al-Khoei, researcher at the UK-based Center for Academic Shi'a Studies, agrees: "I fear a strike will only reinforce the belief that Western powers are taking sides in a brutal sectarian conflict that is having ramifications well beyond Syria itself."
Iran issue
One country where the reaction could be especially volatile is Iran, Syria's closest regional ally and perennial enemy of the US. Iran's recent election brought a surprise "moderate" candidate to the presidency, Hassan Rouhani, who many believe is keen to open talks with the West in an attempt to relieve Iran's international isolation.
"But if we have an American attack on an Iranian ally, then the hawks in Tehran will say, 'You must not deal with the Americans, and we must have our nuclear weapons,'" said Rogers. "And that's much more difficult to figure out."
Arshin Adib-Moghaddam, reader in International Relations at the University of London and author of a forthcoming book "On the Arab revolts and the Iranian revolution," thinks that effect on Iran's internal politics will be limited, but that doesn't make an attack on Syria a good idea.

The US is ultimately impotent in the Middle East, thinks Posch
"It won't necessarily weaken him domestically, but it would make it that much more difficult to engage Iran," he told DW. "A war against Syria would be another great strategic folly."
Al-Khoei put it even more bluntly: "An Iranian cleric recently told me, 'If Assad falls, the Iranians will march on foot to Syria.'"
Impotent America
But Walter Posch, Iran expert at the German Institute for International and Security Affairs (SWP), is unconvinced that the consequences would be so dramatic. "It seems to me that the Iranians have been informed, or that there is some kind of indirect communication between the US and Iran via the Sultan of Oman," he said. "Two days ago, the sultan was in Iran, and he had a long, long discussion with the Supreme Leader about security in the region."
Posch thinks that the Iranian regime are cannier diplomats than they are given credit for, and actually care little about a hypothetical military strike. "There will be the standard condemnation, but so what? What are you going to bomb anyway?" he said. "You're bombing Damascus? It's already bombed. There's not much left of it. [Syria] was always a well-maintained balance between Iran and Saudi Arabia. Whatever is going on now, all this conflict has a sectarian coloring. If it's about inner-Islamic conflict, do you really think that the West has a lot to say there?"
In fact, as far as Posch can see, the US is fully aware of its impotence in the Middle East. "Obama knows that there is nothing he can do there," he said. "We know now that after a military attack, the Americans can neither control a country, nor can they impose their will on its policy. Have a look at Libya."

Iran would prefer Assad to stay in power, but are preparing for life without him
Iran knows this too, and has learnt from its experience in Iraq, that the West's influence can be wrested from it. "Iran is already preparing what to do after the fall of Assad, when things really start," Posch said. "Building up militias at a local level. When Assad is gone, the civil war may just go into another phase."
Iran, he added, will of course stay true to Assad in public. "They will complain, they will protest, but they will avoid a confrontation with the US and the Europeans - they're going to ride it out," he said. "They would prefer Assad to stay in power, of course, but they already have a plan B."
Posch also suggested that Iranian public opinion is not particularly devoted to Assad. "Most of them think, 'what are we doing with this very Arab country?'" he said. "The good Muslims think it's actually a disgrace to be in cahoots with someone from the Baath party who has been suppressing Islam all the time. There is only the vested interest of the security apparatus - those people think they need Assad and Syria and Hezbollah to put the pressure on Israel. That's an important constituency, and it includes the Supreme Leader, but basically the people in Iran, no. Some of them will panic, but by and large I don't think there will be any big reaction."
And ultimately, he concluded, the Iranian leadership will learn to live without Assad. "They will say, 'So Assad is gone, what next?' That's what they always do. If you come with a show of force to the Iranians, they usually call your bluff. And they've got away with it until now."

The Israeli government is playing coy by not clearly defining any plans to intervene in Syria after an alleged chemical attack, but is poised for the potential fallout if the US pushes ahead with an attack. (27.08.2013)

In a DW interview, former US National Security Advisor Zbigniew Brzezinski denounces what appears to be imminent military action against Syria, saying the US administration lacks a strategy for the region. (26.08.2013)

The US, along with its allies Britain and France, is apparently gearing up for yet another military intervention in the Middle East. But the consequences of even the most minor attack in Syria are very unclear. (26.08.2013)

The situation in Syria is going from bad to worse. Now the very real threat of US military intervention in response to the alleged chemical attack is hanging over the country. Read DW's coverage of the conflict in Syria. (28.08.2013)
Posted by Mohim Baloch at Thursday, August 29, 2013 No comments: 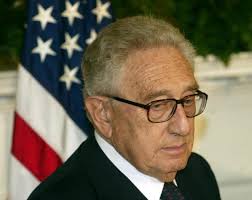 http://www.balochdemocratic.com/modules/balochi/article.php?storyid=360
Posted by Mohim Baloch at Thursday, August 29, 2013 No comments:

Posted by Mohim Baloch at Wednesday, August 28, 2013 No comments: