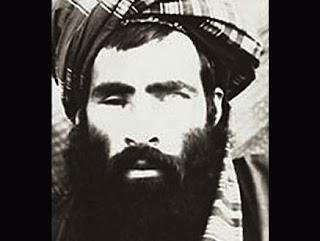 
The Afghan Taliban rejected as “propaganda” on Monday un-sourced media reports that their reclusive leader, Mullah Mohammed Omar, had been killed in Pakistan, saying he was alive and in Afghanistan and vowing to continue their insurgency.

Security officials in Pakistan and diplomats, US military commanders and government officials in Afghanistan all cast doubt on reports that Omar, one of the most-wanted men in the world, had been killed while travelling between Quetta and North Waziristan in Pakistan.

“He is in Afghanistan safe and sound,” Taliban spokesman Zabihullah Mujahid told Reuters by telephone from an undisclosed location. “We strongly reject these baseless allegations that Mullah Mohammad Omar has been killed.”

“This is the propaganda by the enemy to weaken the morale of fighters,” he said.

A spokesman for the Afghan intelligence agency, the National Directorate of Security (NDS), said its sources knew that Mullah Omar had been living in the Pakistani town of Quetta in the Baluchistan region of Pakistan but had recently gone missing.

“We can confirm that he has been disappeared from his hideout in Quetta in Baluchistan for the last four or five days,” NDS spokesman Lutfullah Mashal told a news conference.

“We can’t confirm if he is dead or alive.”

A separate source later told Agence-France Presse that he had been missing for 11 days.

The heavily bearded, one-eyed Omar is rarely seen in public.

With a $10 million US bounty on his head, he fled with the rest of the Afghan Taliban leadership to Quetta after their government was toppled by US-backed Afghan forces in late 2001. They formed the “Quetta shura” or leadership council.

The Taliban were overthrown for refusing to hand over Al Qaeda leader Osama Bin Laden after the September 11, 2001, attacks on the United States.

Bin Laden was killed by a US Navy SEAL team in a garrison town not far from the Pakistan capital, Islamabad, on May 2, ending a search that had dragged on for more than 10 years.

Bin Laden’s killing came as a blow to an already splintered Al Qaeda, but its effect on loosely allied groups like the Afghan and Pakistan Taliban movements has been less clear.

In Afghanistan, the Taliban have already vowed to step up attacks as part of their long-awaited spring offensive they call “Operation Badar”—named for a decisive 7th century Muslim battle—and violence has spiked with a series of assaults on major targets in recent days.

They said the rumors of Mullah Omar’s death would not stop their fighters from continuing attacks.

“The enemy, with these kinds of rumors, is trying to halt the devastating waves of ‘Badar’ operations and is trying to create confusion amongst mujahideen, countrymen and faithful Muslims,” the Taliban said in an emailed statement.

“Our nation is an intelligent nation, which is aware of the tricks and lies of the devious and cunning enemy,” it said.

A senior Pakistani security official also said he could not confirm media reports, including on Afghanistan’s private TV station TOLO, that Omar had been killed by members of Pakistan’s Inter-Services Intelligence (ISI) spy agency.

According to one media report, former ISI chief Hamid Gul had been moving Omar from Quetta to North Waziristan when Omar was killed, although Gul denied the report.

“I am in Murree with my wife and I have no involvement in this, whether he is dead or alive,” Mr. Gul told Reuters by telephone from a hill town north of the Pakistani capital.

In Kabul, senior diplomats and US military officials also could not confirm the report and would not comment publicly. Some described the reports as “speculation.”

There have been reports in the past that Omar and other members of the Quetta shura had been killed or captured. Last week, some Pakistani media reported the Afghan Taliban leader had been captured in Pakistan.

US and NATO officials said they had heard the report from Tolo but had no information to confirm or deny it, according to The Associated Press.

President Barack Obama of the US told the BBC in an interview broadcast Sunday that he could not allow “active plans to come to fruition without us taking some action,” and would send troops again if a senior Taliban leader were found in Pakistan.

(Abeer Tayel, an editor at Al Arabiya, can be reached at: abeer.tayel@mbc.net)