Political leaders, including a former Speaker of the state legislature, activists and human rights defenders protested outside the White House on Friday February 12th to protest against Pakistan's military actions against opposition political activists and unarmed civilians in the country's resource-rich province of Balochistan. The Baloch National Movement (BNM), whose central secretary general Manan Baloch, a physician by profession, was killed by the Pakistani security forces last month, organized the protest in the nation's capital.
Manan's killing was widely condemned by different political parties and sparked widespread protests in Balochistan. The protesters called upon Congress to stop military assistance to Pakistan because, they alleged, Islamabad was utilizing this assistance to silence and eliminate its secular political opponents instead of fighting the Taliban and Islamic terrorists in Balochistan, Pakistan's largest province bordering Iran and Afghanistan that has remained in the grip of a slow yet persistently violent insurgency for more than a decade.
Waheed Baloch, a former Speaker of the Balochistan Assembly who had previously served as the chairman of the formidable Baloch Students Organization (BSO), spoke to the protesters and condemned Pakistan's atrocities against Baloch political activists. He insists that Islamabad is recklessly eliminating its political opponents in order to exploit Balochistan's rich mineral resources and gain control of the controversial port in Gwadar, where the Chinese are determined to operationalize a deep-sea port despite Baloch opposition to the project. The Pakistani authorities have resorted to extremely repressive methods, including forced disappearances, torture and murder, in order to suppress the Baloch uprising despite clamorous criticism by domestic and international human rights groups. In a recent report, the Guardian, while describing Balochistan as Pakistan's information black hole, said, Balochistan had become "the hardest place in the country for human rights workers, diplomats and journalists to operate." In spite of tight surveillance and scrutiny by the Pakistani intelligence agencies, many Baloch activists have risked their lives to educate the world about the ongoing violation of human rights in Balochistan. The Baloch opposition maintains a robust social media presence and has significantly increased political activism outside Pakistan in an effort to inform the world about what they describe as Pakistan's genocidal measures against them.
One prominent participant among Friday's protesters outside the White House was the seventy-three year old Qadeer Baloch, popularly known as Mama [uncle] Qadeer. Last year, Qadeer broke Mahatma Gandhi's record of walking a 390-kilometer long march by walking more than 2000 kilometers from Quetta to Karachi and then to Islamabad in order to raise awareness about thousands of Baloch activists who have been forcefully disappeared or killed. Qadeer's son, Jalil Reki,who worked as the information secretary of the Baloch Republican Party, firstly disappeared and then was killed in government custody when Qadeer, whiledefying official threats, came out in public, mobilized all families whose loved ones had gone missing and spoke in public against the extrajudicial practices carried out by the Pakistani officials against the Baloch opponents. Qadeer's activism has been so effective that it has deeply worried Pakistan's security establishment because he has developed a large community of supporters and sympathizers for the Baloch movement outside Balochistan. He is deeply popular with the young college and university students in urban Pakistan who have extended him numerous invitations to speak at prestigious universities. Qadeer's message has irked the Pakistani authorities so much that they have even forced universities to cancel events in which he had been invited to speak about the state of human rights in Balochistan. In more extreme demonstration of opposition to the people who side with Qadeer, one senior journalist, Hamid Mir, was seriously injured in an assassination attempt in April 2004 while another peace activistSabeen Mahmud was gunned down in Karachi in April 2015 hours after hosting Qadeer for a public event at a nonprofit organization she had founded. (Now that shows April is a bad year for Pakistan's Balochistan supporters!).
North America has become a hub of Baloch activism in the recent times. Since the historic Congressional hearing on Balochistan in February 2012, Baloch activists have been striving hard to gain support in the United States for their demands which range from an end to human rights violations to Balochistan's complete independence from Pakistan as a separate homeland. In October 2013, Baloch activists protested outside the White House when Pakistan's Prime Minister Nawaz Sharif met with President Obama while another Baloch activist stunned Prime Minister Sharif in October last year by heckling him at the U.S. Institute for Peace. "Free, free Balochistan," chanted the heckler, "You are Bin Laden's friend". Before the security guards could take him out of the auditorium, the heckler urged Premier Sharif to "stop war crimes in Balochistan". As the land of freedom and democracy, the United States has a responsibility to listen to the Baloch protesters. Any country that receives American assistance and engages in political assassinations, forced disappearances and torture of its political rivals is on a path that clearly contradicts the democratic values this nation stands for. Pakistan has long enjoyed absolute impunity with regards to its treatment of the Baloch people.
The Bureau of Democracy, Human Rights, and Labor (DRL) at the State Department should take advantage of Qadeer Baloch's presence in the United States and learn more about the state of human rights in Balochistan. They should listen to the horrific stories of the missing Baloch persons and the sufferings of their families and try to mediate between the Baloch and the Pakistani government. It is unfortunate that international human rights organizations, such as the Human Rights Watch and the Amnesty International have not played a proactive role in helping Qadeer Baloch raise voice in the United States about the situation in Balochistan. One reason why the Baloch voice does not echo in America is because they, unlike the victims of drone strikes, for instance, do not have lobbyists or foreign countries backing them.
When the Amnesty International facilitated a Congressional hearing on the drone strikes and brought Nabila Rehman, the granddaughter of a victim of a drone strike, to Washington D.C. in October 2013 to testify in Congress and tell her story to the world media, political commentator Hina Baloch aptly highlighted the double standards when it came to listening to the stories of the Baloch. "Nabila Rehman, the young girl whose grandmother was killed in a drone strike, is currently in Washington DC to record her testimony in front of the US Congress. She is in Washington DC to share her story, and those of other innocent victims, with US lawmakers, the American public and the rest of the world. Nabila is getting an international stage to record her protest and has given hours of recorded interviews to the US and international media. Citizens across Pakistan are not happy; they think Nabila deserves as much, if not more, attention than Malala. They are also upset about the embarrassingly low turn-out of lawmakers (just five senators) at the congressional hearing where Nabila was testifying. People across Pakistan are lobbying online for greater awareness and attention for Nabila's plight and that of other drone victims."

Ms. Baloch further argued in her article in the reputed Dawn newspaper while telling the story of Farzana Majeed, a university graduate who also walked more than 2000 kilometers with Qadeer Baloch to seek justice for her brother, Zakir who has been missing since June 2009. "So, while Malala enjoys support in the West for her cause, Nabila has managed to secure an overwhelming amount of support from the people of Pakistan," wrote Hina Baloch, "Farzana, the sister in quest for her missing brother, remains as lonesome as ever. And yet, she marches on."
Farzana and Qadeer are both in Washington D.C. They deserve to be heard.
Follow Malik Siraj Akbar on Twitter: www.twitter.com/MalikSirajAkbar
This Blogger's Books and Other Items from... 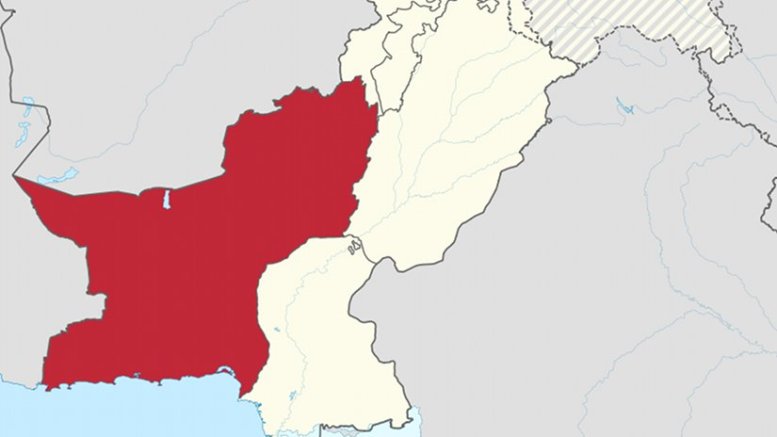 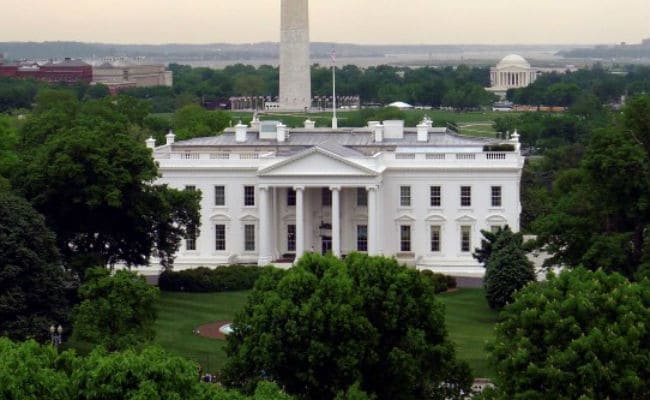 The protesters held a peaceful protest in front of the White House. (File Photo)


WASHINGTON:  Demanding an end to Pakistan's "forceful" occupation of Balochistan, hundreds of Baloch-Americans and leaders from the Pakistani province held a peaceful protest in front of the White House to seek US intervention and deployment of NATO troops in the region.
"At least 35,000 Baloch are missing. There is a grave violation of human rights on the people of Balochistan and all this is being perpetrated by the Pakistan Army and the ISI," said Mama Abdul Qadir Baloch in an interview to PTI yesterday in front of the White House.
Vice president of the Voice for Baloch Missing Person, Qadir Baloch who came from Pakistan to attend the protest in front of the White House had carried out a 3,000 km long march from Quetta to Islamabad in 2013 against human rights violations in the province.
The White House protest was organised by the Baloch National Movement (BNM) to condemn the cold-blooded murder of its secretary general, Dr Mannan Baloch allegedly by the Pakistani army in Balochistan.
"We urge US President Barack Obama to ask the Pakistani Government to immediately stop human rights violations against the people of Balochistan. We also urge US to send NATO forces in Balochistan to save its people from the atrocities perpetrated by the Pakistan Army on us," he said.
Calling for a free and independent Balochistan that can guarantee peace and stability in the region plagued by religious extremism and terrorism perpetrated by the Pakistani army, the protesters alleged that the military is currently engaged in a bloody campaign of genocide and ethnic cleansing of the indigenous population.
"We are asking the US government to intervene and stop military aid to Pakistan as American weapons are used by them for genocide against the Baloch people," Waheed Baloch, former speaker of Balochistan Provincial Assembly said.
"Recently they killed three political leaders. There is a war going in in Balochistan. There are protests in the streets, in the mountains," he said.
Dr Mannan Baloch was assassinated because of his unwavering struggle to end Pakistan's forceful occupation of Baloch lands, deep sea port of Gwadar, resources (natural gas, minerals, copper and gold mines) and brutal human rights violations of civilians, he alleged.
Senge Sering, president of Gilgit-Baltistan Institute, in his address supported the struggle for the independence of Balochistan.
He also condemned the brutal murder of the BNM leader Dr. Mannan Baloch.
Story First Published: February 14, 2016 00:29 IST
http://www.ndtv.com/world-news/baloch-nationalists-protest-in-front-of-white-house-1277097

Baloch Republican Party in collaboration with amnesty international has held a protest demonstration in Hoogeveen, Netherland, against Pakistan's war crimes in Balochistan.

Balochistan. The objective of the protest was to expose Pakistan's war crimes being committed in Balochistan. Protesters were carrying play cards and banners, inscribed with different slogans against Pakistan Baloch genocidal polices. A number of local community has also participated in the protest and shows their support to the oppressed Baloch nation. leaflets were also distributed among the local community after the demonstration.
Posted by Mohim Baloch at Sunday, February 14, 2016 No comments: