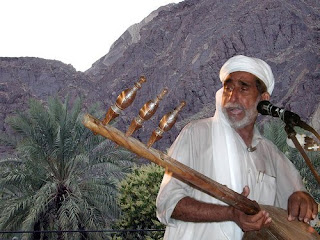 TEHRAN -- The outstanding vocalist and poet of Baluchistan Kamal Khan Hout died of a weak constitution in his hometown early Sunday. He was 68.

Kamal Khan was taken to a hospital in Chabahar on Saturday night and was admitted to the CCU to receive medical treatment but died at 2am Sunday, the Persian service of MNA reported.

His style of singing was epical and heroic, part of the oldest styles of Baluch music, and was popular among the Baluchis.

"It is a great pleasure for me to attend the honoring ceremony of a prominent musician from Baluchistan, and I must admit that the music of the region has not been recognized and respected well," vocalist Mohammadreza Shajarian had declared in a ceremony the Iranian Academy of Arts arranged to honor Kamal Khan in 2007.

Kamal Khan never went to school but was able to read and write and always carried a notebook with him. He used to write his own poetry and poems by others in his notebook. He had a very good memory that surprised many people.

Musician Mohammadreza Darvishi had also described Kamal Khan as a grand singer in the true sense of the term in the Baluchistan region. This is true Darvishi said, "Because not only is he a great singer, but also an eminent poet who helped preserve the intangible history and ancient culture of the region."

"There are many musicians and singers in Baluchistan who are number one in technique, but I dare say the singing techniques of Kamal Khan are unique compared to other styles in several other regions. Kamal Khan has a close relationship with the literature of Baluchistan. He is actually important, since he is a narrator of culture and civilization through the music of Baluchistan," Darvishi once mentioned.

Photo: Kamal Khan Hout performs during a ceremony held by the Iranian Academy of Arts in Tehran on October 17, 2007 to honor the veteran Iranian Baluchi vocalist with a lifetime achievement award. (Mehr/Mohsen Sajjadi)