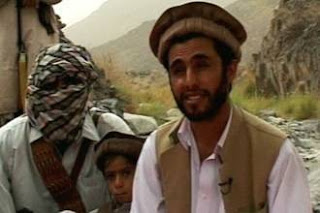 Iran's intelligence minister said on Tuesday the leader of the rebel group Jundallah was in a U.S. military base before being captured by the Islamic state, state television reported.

"Abdul Malik Rigi was in an American military base 24 hours before his arrest ... He also travelled to some European countries ahead of his arrest ... Americans issued Rigi an Afghan passport and an identification card for travelling to Pakistan," Heidar Moslehi told a news conference, Iran's Press TV reported.

Iranian local media earlier said that security forces have arrested Rigi, the alleged mastermind behind several deadly bombings and killings in the country.

The Iranian intelligence ministry was cited as saying he was arrested along with two members of his group, in a report by Fars news agency.

Fars also quoted Mohammad Marziah, prosecutor of Zahedan, the capital of Sistan-Baluchestan province, as saying the militant was arrested in an "ambush and is currently held by intelligence forces."

"The arrest has returned complete security to the region, and this province will follow the path of progress rapidly," the governor general, Mohammad Azad, said.

" The arrest has returned complete security to the region, and this province will follow the path of progress rapidly "
Governor General Mohammad AzadIranian officials have accused Rigi of carrying out several attacks in Sistan-Baluchestan, the restive province bordering Afghanistan and Pakistan which lies on a major narcotics-smuggling route.

It houses a significant population of Sunni Baluchis and is a hotbed of Sunni insurgency against the Shiite rulers of the Islamic republic.

In October 2009, Jundallah claimed it was behind a brutal suicide bombing in the provincial town of Pisheen that killed 42 people, including seven commanders of Iran's Revolutionary Guards and several tribal leaders.

The attack was one of the deadliest against the Guards, the elite force set up to defend Iran's Islamic revolution from internal and external threats.

The group also claimed a May 2009 bomb attack on the Shiite Amir al-Momenin mosque in Zahedan that killed more than 20 people and wounded 50.

Iranian officials on several occasions have said Rigi was supported by intelligence services of Pakistan, Britain and the United States.

They also said Rigi used to reside in Pakistan and often crossed the border into Iran to oversee attacks in Sistan-Baluchestan.

Soon after the Pisheen bombing, Mohammad Ali Jafari, head of the Guards demanded Pakistan hand over Rigi as Tehran had "proof" he was supported by Pakistan's intelligence agency.

Iran has also detained Rigi's brother Abdul Hamid who is currently on a death row.

Abdul Hamid too has said the Jundallah group received orders from the United States to carry out attacks inside Iran.
Posted by Mohim Baloch at Tuesday, February 23, 2010