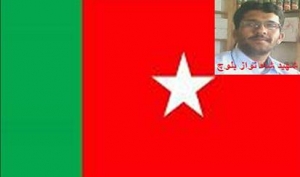 Occupied Balochistan: A leader of the Baloch National Movement (BNM) was shot dead and another friend of his from the Balochistan National Party (BNP) was injured in a firing incident in the coastal town of Ormara on Tuesday.

Sources reported that, unknown gun men opened indiscriminate fire at Shah Nawaz Baloch, a leader of BNM and his friend Zareef Baloch, Deputy Organiser of BNP. Resultantly, Shah Nawaz Baloch died on the spot while his accomplice sustained bullet wounds. Both the deceased and injured Baloch activists were shifted to the nearby Hospital.

Meanwhile BNM in a statement strongly condemn the attack on Baloch activists and blamed the Pakistani intelligence agencies for it. The statement of BNM further read that Pakistani military and their pocket Organisations were target killing BNM leaders and activists because of growing popularity of the party among Baloch masses.