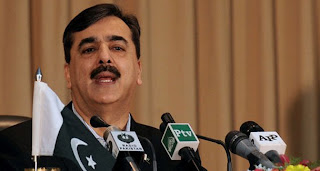 The prisoners were released as part of the Balochistan Package announced by Prime Minister Gilani earlier this week.— Photo from AFP/File

The tribesmen were released in the Dasht-e-Goran area of Dera Bugti district, and were able to join their families for Eid celebrations.

Five additional people were released late on Friday night under the same initiative, according to official sources.

However, the leaders of Baloch Republican Party and Baloch National Front claim that no political workers have been set free.—
DawnNews -- Down.com
Posted by Mohim Baloch at Saturday, November 28, 2009