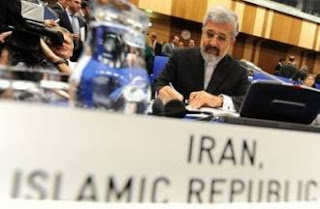 Iran's parliament approved a $20 million budget on Sunday to expose alleged U.S. and British human rights abuses while MP’s urged the government on submit a plan on reducing cooperation with the International Atomic Energy Agency (IAEA).

The sum will be spent on "alerting the international community to numerous human rights abuses by these two countries and supporting progressive movements standing against illegal acts of the U.S. and British governments," state media reported.

It would also target U.S. and British "conspiracies" against the Islamic regime, the parliament said, adding that the intelligence ministry would be in charge of the initiative.

The move, mirroring past U.S.-funded initiatives, comes amid international criticism of Iran over its crackdown on post-election protests in which dozens were killed in clashes with security forces and thousands of people detained.

At least four prisoners reportedly died in custody and the opposition said some detainees were raped.

Iran blames the unrest, sparked by President Mahmoud Ahmadinejad's disputed re-election in June, on the United States and Britain, charging that they sought a "soft overthrow" of the regime through street protests.

The move came two days after the U.N. nuclear watchdog voted to rebuke Iran for building a uranium enrichment plant in secret.

"Because of world powers' behavior, the government should submit its plan over reducing Iran's cooperation level with the agency," MPs said in a statement read in parliament.

Parliament can oblige the government to change level of its cooperation with the IAEA, as it did in 2006 after the Vienna-based agency voted to report Iran to the U.N. Security Council.

Parliamentarians also said Iran's nuclear case should be returned to the IAEA from the Security Council.

The United States and its European allies fear Iran is trying to build nuclear bombs under cover of a civilian program.