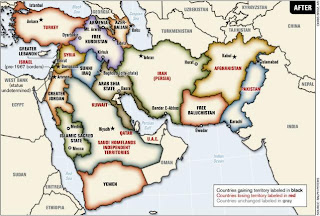 QUETTA, Pakistan (AFP) — Fierce clashes between Pakistani forces and separatist insurgents in troubled southwestern Baluchistan province have left six paramilitary troops and 30 rebels dead, officials said Monday.
In a major flare-up of an insurgency that has simmered for years in the gas- and mineral-rich region, security forces launched a major operation against rebel camps after a paramilitary convoy came under attack on Saturday.

Troops destroyed two insurgent bases used for plotting attacks in the operation near Uch, a town in the restive Dera Bugti district of Baluchistan, arresting 30 militants and seizing a cache of weapons, they said.

"The operation against miscreants has been wound up" on Monday, Lieutenant Colonel Shahid Mehmood Khan, a spokesman for the paramilitary Frontier Corps, told AFP.

A Frontier Corps statement said six paramilitary soldiers died in the fighting and and nine others were wounded, while "according to confirmed reports a large number of miscreants have been killed."

It did not give a figure but intelligence officials in Quetta said at least 30 insurgents, including three rebel commanders, were killed. Twenty-two rebels were killed on Sunday alone in the heaviest of the clashes, they said.

Another four soldiers were injured on Monday when a remote control bomb planted on a roadside exploded at Sohbatpur village bordering Dera Bugti district, Khan said.

There were three Afghan nationals among the suspects, Akbar said, adding they would be investigated for links with Baluch rebels hiding in neighbouring Afghanistan's southern Kandahar province.

Impoverished Baluchistan, which borders Iran and Afghanistan, has been hit by years of unrest blamed on ethnic Baluch tribes seeking more political rights and a greater share of profits from the region's natural resources.

Dera Bugti is near Pakistan's biggest natural gas field and was formerly the base of late Baluch rebel leader Nawab Akbar Bugti, who was killed in a military operation in August 2006.

Hundreds of people have died in violence in the province since the insurgency flared in late 2004, but until recently it had quietened down after Bugti's death.

The province has also been hit by attacks blamed on Islamist Taliban militants, but officials say that the separatist insurgents do not have links to the hardliners.

No group has claimed responsibility for the attack.

Pakistani officials have previously accused rival India of sponsoring the separatist rebels from its consulates in southern and eastern Afghanistan, a charge that New Delhi denies.

A widespread insurgency in Baluchistan was brutally suppressed by the government during the 1970s with the loss of hundreds of lives.

Well, this comes after a lull in any major military activity in the province, after the new government took charge.

Since then we have seen a spike in the number of attacks by militants, despite the presence of nationalists in the government and their request for the militants to lay down their arms and discuss grievances.
http://www.defence.pk/forums/national-political-issues/12882-balochistan.html
Posted by Mohim Baloch at Tuesday, November 24, 2009