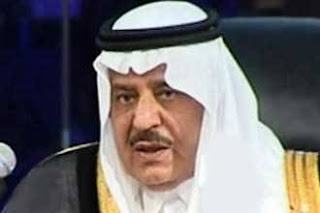 Minister hopes Saudi won’t be obliged to use force

Saudi Arabia’s interior minister warned on Sunday against any attempts to jeopardize the safety of pilgrims in haj, in reference to concerns Iranian pilgrims may hold protests, and expressed hopes that the kingdom won't have to use force to secure the annual Muslim gathering.

"We hope we will not be obliged to resort to force," Prince Nayef bin Abdul Aziz said when asked about recent calls by Iranian figures for their pilgrims to protest against the United States and Israel while in Mecca.

"It is not permitted to undertake any actions which are not part of the ritual... and we will not permit anyone to damage the haj or the pilgrims," he said.

But Nayef, who is chairman of the national haj organization, said he did not really expect trouble.

"We have heard different Iranian statements but the most recent... from Iranian officials who are here seem to indicate that their pilgrims are going to dedicate themselves to the ritual" of the haj, Nayef told a news conference.

The run-up to the haj, which kicks off Wednesday, has been marked by a war of words between Tehran and Riyadh over Iran's allegations that the Saudis, who are mostly Sunni Muslims, mistreat the predominantly Shiite haj participants from Iran.
Posted by Mohim Baloch at Sunday, November 22, 2009