Khan of Kalat calls for silent protest on 28th 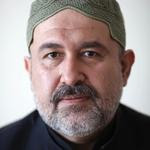 
Khan of Kalat Mir Suleman Khan Dawood has appealed to Baloch for holding a silent protest on March 28th, against what he said forced annexation of Balochistan with Pakistan and ,added,the present government was toeing the anti-Baloch policies of former rulers.

In a statement issued here on Wednesday, he said that Baloch should hoist black flags on the rooftops of their houses and shops and express their solidarity to convey a message to the world community that Balochs were politically enlightened and united and struggling against forced annexation, military operations, torture cells and killings. He said that due to struggle and sacrifices, Balochs had succeeded to divert the attention of world community towards Balochistan and the eyes of people of world were focused on them. ‘This is responsibility of Baloch youth to make efforts for highlighting the importance of August 11th and March 28th’, he said and, added, ‘August 11th is the day of independence of Balochistan while on March 28th freedom of Balochistan was usurped by force’.

Khan of Kalat said that Baloch were passing through a critical phase and everybody should be ready to face difficulties and hardships to get rid of usurpers because without sacrifices they could not reach their destination.