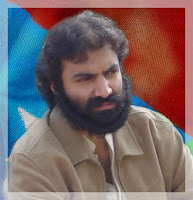 BRP’s President Brahumdagh Bugti expressed these views in a telephonic speech at BRP and BRSO’s central gathering in the memory of Martyrs of 17 March (Dera Bugti) and Hayat Jamaldini, in Noshki here on Monday. While paying rich tributes to Maryrs of Dera Bugti and Hayat Jamaldini he prayed that may the Baloch Nation achieve victory in their struggle for liberation. He said Baloch Nation is made used to delivering and listening emotional speeches from beginning. The lack of practical work is making people (Guftaar key Ghazi) “Empty vessels make more noise”; fiery impassioned speeches (emotional speeches) are just good to become the beauty of Newspapers and TVs. Such things do not benefit Baloch people, he said.

“Although, Rallies and protests are part of part of struggle but it is not enough to be successful in our aim. We have to work practically; Baloch youth need to follow the foot-steps, ideology and philosophy of Shaheed Nawab Bugti and Shaheed Balach Marri. He said we should not forget those Baloch sons/youth who laid their lives for the freedom of Balochistan and those who are suffering in prisons. Their mothers are our mothers”.

Brahumdagh Bugti further said that if one Baloch sarmachaar dies; another two should step forward to not only feel the gap but double the strength of Baloch sarmachaars. Addressing the well-off Baloch (Baloch businessmen) he said they should help Baloch freedom fighters, financially from their wealth.