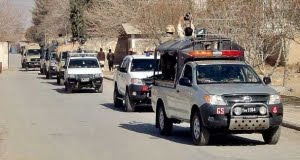 According to sources the first explosion occurred near Galaxy Town and the second blast took place in Gulshan Ameer Abad which destroyed a tower of Zong Mobile Company. No casualties have been reported so far. However the walls of nearby buildings have been partially damaged in due to powerful explosions.

Meanwhile, in Quetta, unknown men hurled a hand grenade on the house of Assistant Manager of PIA Haji Yaseen Shahwani in Qambarani road Quetta. The blast heavily damaged his house and a motor-cycle which was parked in the house. Luckily no one was injured in the grenade attack on Mr Shahwani’s house. Police and FC has cordoned off the area and started a search for the attackers.