Oslo: Baloch Community in Norway has organised a protest March against enforced-disappearances in Balochistan. The March set off from Norway train station to Norwegian Parliament. A large number of Baloch children and women also took part in the protest. Speaking to Radio Gwank Balochistan two participants of the March said that they were protesting against the illegal arrests, extra-judicial killings and summary executions of Baloch political activists by Iran and Pakistan.

The protesters were carrying placard inscribed against human rights violation in Balochistan, pictures of Baloch abducted person and they were holding candles all the way from Train Station to Parliament in the memory and respect of those who have made disappeared or had been killed by the occupying states of Iran and Pakistan. 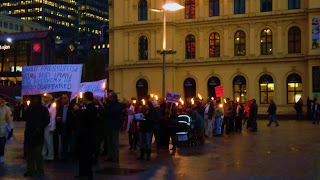 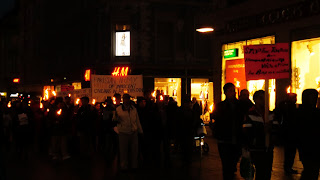