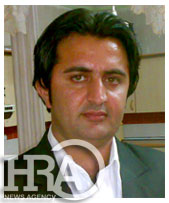 Writing about Iranian bloggers offers few moments of respite. The sad stories are endless, and the threats don't seem to subside. As though repression and censorship were not enough, bad luck seems to play in too. What follows are the stories of three bloggers, who are each serving very long sentences in Iran.

Sakhi Rigi is a blogger who was sentenced to 20 years prison in Zahedan, in Sistan and Baluchistan province, on charges of publishing false infomation and “acts against national security.” This is the longest sentence ever passed on a blogger in Iran.

His blog was called Balouchestan Sarfaraz (Pride Baluchistan) [fa]. Rigi was arrested on 18 June, 2009, and is being held in appalling conditions in Karon prison, in Ahvaz. Torture was used to extract a confession. Adding to his bad luck, is that he has the same surname as Abdolmalek Rigi, the late head of the Balochi armed opposition group Jundallah, which in the eyes of the authorities implicates him.

"… the blogger is 31 years old and was arrested six days after presidential election in 2009 and was jailed in solitary cell for seven months… he was studying in university and had just few months to end his studies… it seems his posts played a role in his jail sentence."

On the blog there are a few posts about the controversial presidential election in 2009 and a comment on a statement by opposition leader, Mir Hussein Mousavi. He also posted about ancient history in Balochestan and about a Sunni Muslim high-ranked cleric in Iran.