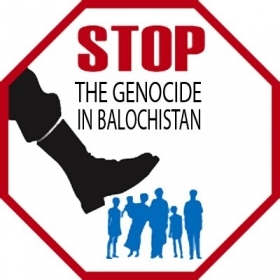 Occupied Balochistan: Two bodies of previously enforced disappeared Baloch activists were found in Khuzdar and Hub town of Balochistan here on Saturday and Sunday. According to details, Levies personnel on a tip-off recovered a dead body from Zehri area of Khuzdar, some 360 KM away from Quetta and shifted it to hospital for autopsy where he was identified as 20 years old Nadeem Mosyani S/O Master Ali Ahmad Mosyani, a tribal leader. Nadeem went missing two days before his murder. The Levis has handed over the boy to heirs after completing preliminary official requirement. Separately, body of previously disappeared Karim Bux Marri was found from industrial Hub town of Balochistan. Sources reported that Marri a daily wages labor was abducted on June 8, 2011. Several relatives of Karim Bux has already been abducted during security forces raids on their houses and later their dead bodies were found riddled with bullets on roadsides. His relatives strongly believe that he was also a victim of state’s Intelligence agencies. It worth mentioning that Since July 2010 Pakistan has accelerated in-custody killing of Baloch illegally detained activists. Local residents complain that FC (Frontier Corps) has been at forefront of such brutally murders and abductions. Frontier Corps is Pakistan's paramilitary force whose primary job is to protect the borders. It operates under the interior ministry but in Balochistan they’re mostly involved in abductions and extra-judicial killings of Baloch political activists.