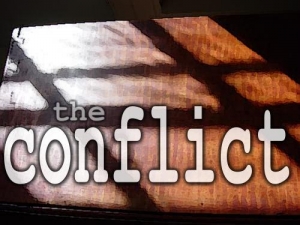 Occupied Balochistan: According to reports published on Daily Tawar two rockets were fired on an FC check post in the Aapsar region of Mand Balochistan. Heavy firing was heard in the area after the attack on FC check post. No casualty has been reported so far. B & R office in Turbat has also been set on fire by unknown persons. Meanwhile a huge blast was heard in surrounding of Turbat Airport and the FC has surrounded the entire airport vicinity after the explosion. The routes in and out of the airport have been blocked, reported independent sources.

Separately rockets were also fired on a Pakistani Navy construction base at Koh-e-Imam area. The building has been heavily damaged in the attack

Moreover a loud explosion rocked Balochistan port city of Gawader, where China has invested hugely to find a future strong foot hold in this strategic & economic important port in the region, according to locals the bomb blast was so powerful that it had shattered the window panes of the adjourning houses in Gwader city. Ambulances were seen going towards the port where the blast was heard. However, the local authorities have said that they could not locate the site of the blast until the so far.

Another huge blast was also reported in Mach town of Balochistan. Furthermore, unknown men hurled a hand grenade on a drug Warehouse in Panjgur’s Gharib Abad region. No harm to anyone has been reported, however, the depot has been heavily damaged.

On the other hand an FC check post has been attacked in the industrial town Hub Balochistan on Friday. As a result three person including one Pakistani FC officials has been wounded. The FC patrolling team came under attack near Sher Ali petrol station in Hub town, at least one official has been reported injured. Heavy contingent of the FC and Police have surrounded the adjourning area and started a search for the attackers. However, no arrests have been made so until the last reports. It is worth mention that it was the second attack of the day on FC in Hub.