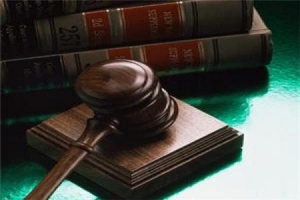 Khuzdar: Mr Kurd was abducted on 21st September 2010 from Quetta, three days later his tortured and bullet riddled body has been found in Khuzdar.

Pakistani intelligence authorities had arrested and disappeared the well-respected Baloch columnist and advocate from Quetta on 21 September this year. At the time of his arrest Mr Kurd was staying at the house of a relative Dr. Saleem Kurd in Gilani Road Quetta, when the securities forces raided his houses and arrested advocate Sher Ali.

The Baloch lawyers was held in custody and tortured like many thousands of other abducted Baloch political activists and eventually killed in cold-blood using the new method of “KILL AND DUMP TACTIC”. His dead body was found in a local hospital of district Khuzdar. He was the second Baloch lawyer who have been killed in custody by Pakistan military’s death squad. Previously advocate Zaman Khan Marri was abducted and killed in the same manner. A third Baloch lawyer Munir Ahmad Mirwani is still missing he has also been abducted from Quetta. After the cold-blood murder of the two Baloch lawyers the family and collages Mr. Mirwani are gravely concerned about his whereabouts and safety.

Meanwhile the sister of advocate Kurd has held the Pakistani Intelligence agencies and the Military responsible for her brother's cold-blooded murder. In a Balochi Interview with Radio Gwank Balochistan she urged the Baloch Nation and Baloch youth to be vigilant of the enemy's murderous tactics. She also advised that all Baloch youth should keep arms to defend themselves from the Pakistani uniformed perpetrators.