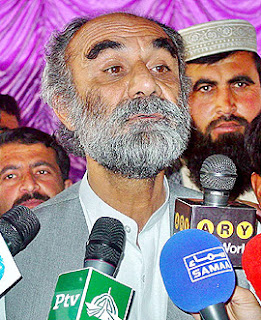 They said this while delivering their speeches and later talking to media on the occasion of inauguration ceremony of 5th Batch of Balochistan Institute of Technical Education (BITE) held at EME Center Quetta Cant on Wednesday.

The CM Raisani thanked Chief of Army Staff Gen. Ashfaq Pervaiz Kayani and the Pakistan Army for providing educational facilities besides technical education training to a large number of youths of Balochistan.

He said thousands of Baloch youths had joined the Pak Army and other law enforcement forces to play their role to strengthen the defense of the country. He pledged that all out steps would be taken to end unrest besides securing peace in Balochistan.

He announced Rs 100 million grants for BITE and on the occasion, he gave away worth Rs 25 million cheque to the BITE officials. He emphasized the need that the Pak Army should launch more projects like that of BITE in other districts of Balochistan so that maximum number of youths could get employment. He assured his all out collaboration in this regard.

He said the Pak Army has launched several projects which would enable youths of Balochistan to get employment after getting technical training. He said over 4,000 Baloch youths had joined the Pak Army adding that next year, 10,000 more Baloch youths would be given opportunity to join Pakistan Army, Frontier Corps and Coast Guards.

He said the NAVIEC, the Balochistan government and the Pakistan Army would jointly expand BITE program to Gwadar, Khuzdar, Sibi, Kohlu, Loralai and Zhob. He said doors of the Pak Army workshops would remain open for youths of Balochistan.

He said after giving admission to 3,000 students from Balochistan this year, BITE would give admission to 5,000 youths of the province next year.

He warned elements involved in anti-peace activities in the province to stop their anti-state crimes otherwise remained ready to face dire consequences. He said the government and the Pak Army would jointly crush the forces involved in creating unrest in Balochistan. Principal BITE Lt, Col. Waqar Ahmed said technical training was being given to students at BITE in several disciplines including motor mechanic, computer, gardening, mason, nursing, plumber, home appliances, driving, carpenter, electrician, auto-electrician, nursing, dress designing, beautician and others. He said every student at the institution was also being given monthly Rs 2,000 stipend.