News : Activists should not leave the mission of martyrs of liberation incomplete: Banuk Karima Baloch 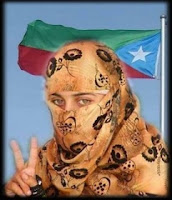 Occupied Balochistan: The Voice Chairperson of Baloch Students Organisation (Azad) strongly advised BSO-Azad members to continue their struggle for the fulfilment of the mission of their martyred and illegally [forced-disappeared] detained comrades. She said Independence is essential for human dignity – workers must intensify the preparation of National Council session.

She further said that this critical phase of the National Liberation Struggle will expose several faces but Baloch Nation should know that at this to suppress the voice of the occupied Nation the enemy will open several fronts against them. The enemy after assessing the mentality of an enslaved Nation will play several games to deviate their attention from the struggle, that is why it important that the enslaved Nation must organise themselves to counter the actions of enemy.

Ms Karima Baloch said that Baloch youth are determined to liberate their country from the yoke of foreign invaders. However, the enemy after failing to deter their resolve Baloch youth is now using its agents to spread different terminologies and slogans to deceive and astray the Baloch Nation.

“The enemy and its hired agents are trying their best to provoke the Baloch public against Baloch freedom fighters but at this critical phase of Baloch Liberation Movement everything has become crystal clear and their no room for any confusion in the minds of liberation seeking forces. The Baloch Nation knows very well that who is sacrificing their lives for the defence of Balochistan and who is doing business in the name of Baloch dignity and Baloch land, said Banuk Karima Baloch”.