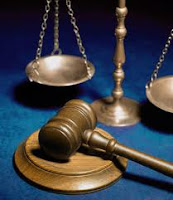 Occupied Balochistan,PANJGUR: Abdul Haleem, a resident of Panjgur district, disclosed in a press conference on Saturday that his son, Farid Ahmed, a graduate of Khuzdar Engineering College, had been whisked away by the personnel of security forces at around 5:00 p.m on February 11.

The family is utterly clueless about the whereabouts of Farid since he was seen last.

The armed personnel, who whisked away Farid, a heart patient, drove a white pick up, informed the worried father at the Quetta Press Club, as the former traveled from Sariab Road to go to his house at Brewery Road. He had been picked up on Joint Road and his whereabouts are still unknown.

“My son was not a member of any political party. If there are any charges against him, he should be brought before a court to face the allegations against him,”pleaded Abdul Haleem,” begged the Baloch father.

He said his son worked as a senior clerk at the Communication and Work Department of the government of Balochistan. The missing young man had also completed a six-month internship at the Pakistan Telecommunication Limited (PTCL).