Editorial: Back To The Future 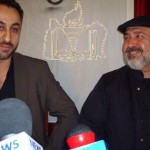 In simple words, Khan of Kalat Mir Suleman Dawood’s latest plea to three top officials and tribal chiefs of Balochistan to step down can be described as a naive quest. In a fresh interview to the media, the UK-based Baloch leader in self-exile has coaxed Balochistan Governor Nawab Zulfiqar Ali Magsi, Chief Minister Nawab Mohammad Aslam Raisani and the Chief of Jhalwan Sardar Sanaullah Zehri to give up their top offices because of the unabated violence employed by the government against the innocent Baloch civilians.

Dawood, who is the 35th Khan of Kalat and a respectable tribal figure of Balochistan, insists that the current wave of developments in Balochistan will badly tarnish the tribal integrity and status of Nawab Magsi, Raisani and Sardar Zehri because, according to him, “they are equally responsible” for the large number of killing of Baloch youth by the security forces.

It is a timely call which is most likely to be paid a deaf ear by the three federalist tribal figures. What, however, makes this statement very important is the undisputed and widely revered status of the Khan of Kalat. He is the only man who brought the Baloch tribes from Balochistan, Sindh and Punjab together in a mammoth Jirga in September 2006. Critics may underestimate the Jirga because of its futility, historians, on the other hand, will give Suleman at least the credit for hosting that grand historic event. It was a dream-like week when most of the Baloch tribes sat together and expressed unity.

Ironically, Suleman’s Jirga was also attended by Nawab Zulfiqar Ali Magsi, Chief Minister Raisani and Sardar Sanaullah Zehri, which showed the level of disillusionment bothering these tribal chiefs in the wake of Musharraf’s antagonistic policies and the killing of Nawab Bugti. Later on, the Establishment accommodated all the three influential leaders in the power structure to keep their mouths shut. Suleman, the leader of the Jirga, flabbergasted everyone by announcing to move the International Court of Justice (ICJ) at the Hague against Islamabad for violating the territorial integrity and sovereignty of the Kalat State.

Suleman’s approval ratings dramatically skyrocketed soon after the Kalat Jirga. For unknown reasons, he failed to maintain the same level of popularity after fleeing the country and opting for silence for an indefinite period. He refrained from interacting with the media, which, back home in Balochistan, paved the way for several conspiracy theories. On the top of it, he never explained the real reasons for not filing a case at The Hague. Some accused him of softening his stance while the others empathized with him over the lack of finances to hire international lawyers to fight Balochistan’s case. His detractors accused Suleman of “cashing” the Baloch card while the pro-independence leaders like Nawab Khair Baksh Marri called him “inconsistent’.

Keeping the past aside, the statement of the Khan of Kalat is a very welcome in Baloch politics. Political loyalties and differences aside, Governor Magsi, CM Raisani and Sardar Sanaullah Zehri should realize their responsibilities as Baloch tribal chiefs. Those who are being regularly killed and dumped are children of Balochistan. Perhaps Nawab Khair Baksh Marri is the only man because of whose commitment members of the middle class shy away from speaking against the Baloch tribal leaders.

It is no skeleton in the cupboard that the bulk of the people being killed and dumped belong to the middle class families of Balochistan. Unbelievers in tribal structure, young men like Qambar Chakar and hundreds of others, who were brutally killed, have every right to ask the Baloch tribal leaders to explain their ideology and road map for Balochistan. In a national struggle, class struggle takes a back seat. Yet, the class questions merits equal attention. If Magsi, Raisani and Zehri at least play their role in stopping the bloodshed of the Baloch masses, the Baloch youth, as a quid pro quo, will hopefully not object to their tribal position.

Even if the tribal chiefs currently holding political power refuse to become a part of a strategy to stop the regular killing of Baloch youth, the Khan of Kalat should move forward to unite the Baloch diaspora and top leadership in exile. He should embark upon consultations with Nawabzada Hairbayar Marri, Sardar Akhtar Jan Mengal, Bramdagh Bugti and Mir Kachkol Ali Baloch, the former leader of the opposition in the Balochistan Assembly. All these leaders have a great responsibility to stop the massacre of the Baloch youth. They need to take a pragmatic approach toward the future of politics in Balochistan.