US, NATO and International Community should help the Baloch instead of relying on Pakistan: Hyrbyair Marri 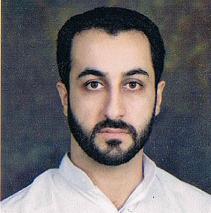 London: Condemning the massacre of Baloch People in Karachi, Baloch patriot leader Hyrbyair Marri said that Baloch are purposefully being killed in Lyari and surrounding areas under a vicious scheme. He said the Pakistan establishment despite knowing the terrorist has given them a free hand to them to commit murder of innocent Baloch sons and daughters of MaiKulachi. When it comes to Baloch National Movement for freedom, Pakistan’s entire propaganda machinery, from its salaried media to its Prime Minister, Rahman Malik, Shahbaz Shareef and other state functionaries hardly leave a stone unturned to put the baseless allegations on India and America, but in Karachi, despite knowing the killers of Baloch People, they are not only totally silent but also giving them shelter and weapons.

Mr. Marri said that the entire Baloch nation was concerned about the Baloch people in Karachi. “I had already said, today again I reiterate that Baloch living in Karachi should wake up from their deep slumber and recognize their enemy. Instead of running behind the PPP, they should spend all their energies on Baloch national cause thereby saving their national identity; because PPP is only interested in their votes, not in their welfare”. Praising the talent of Baloch youths in Karachi, Mr. Marri said that they don’t lack ability and they are fully capable of earning a good name for their nation [Baloch Nation]. He urged them (Baloch youth) to feel their national responsibilities and join the ranks of those patriotic Baloch people who are struggling for the freedom of Balochistan. It is not only need of hour but also a great national responsibility. Nothing can be substitute of national sovereignty, be those jobs, water schemes or other incentives; we need to think beyond these things.

Expressing his views about United Nations report regarding human rights violations and appearances of mutilated dead bodies in Balochistan, he said that it was indeed a good step towards the right direction but was not the solution of the problem. The patriotic Baloch national leader talking about the highly precarious situation in Balochistan, urged international community to intervene in Balochistan on emergency basis to resolve Baloch national crisis.

“The massacres in Rwanda, Darfur, Bosnia, and Halabja where on March 16th 1988 the genocide of Kurdish people was carried out by Iraqi military using chemicals weapons, the 1982 massacre in Huma (Syria) where the International Community should have taken immediate action; but now after 30 years, the united nations started preparing a resolutions keeping in view the historical massacres and the current international geopolitical situation”.

Exactly in the same manner we also want the international community to intervene in Balochistan to put an end to illegal Pakistani occupation of Baloch land, where it has so far conducted five major military operations killing thousands of Baloch people, since the forceful occupation. Keeping in view the historical facts, we appeal United Nations to recognize the independent status of Balochistan and pass resolutions against Pakistan to immediately withdraw its forces from there. The UN’s silence on Pakistan’s barbarism and lack of interest in its genocidal crimes in Balochistan is tantamount to violating their own passed International laws.

Drawing the UN and International Community’s attention towards the ongoing Human Rights violations in Balochistan perpetrated by Pakistan for the past 64 years, Mr. Marri asked the International Community to morally support the Baloch Liberation Movement and bring Pakistan to the International Court of Justice for committing genocide of Baloch people because not only Pakistan has occupied/enslaved the Baloch people but it has also adopted a policy of genocide in Balochistan which is in violation of the article 2 and 3 of the ‘January 12th 1951 international convention on prevention and punishment of the crime of genocide’.

Hyrbyair Marri cautioning the International community about possible threats that they face from Pakistan, said the more the international community delayed moral support and help in establishing a secular, liberal and civilized Baloch state, the more it will benefit Pakistan to think and create new troubles for the world. Even today the world community is suffering the consequences of their collusion with Pakistan in the past. The clear examples of such collusion are the unfortunate incidents of 9/11 and 7/7 and the torching of the NATO conveys in different areas in Balochistan/National Highways in broad day light by Pakistan ISI (disguised as Taliban). Although an international force like NATO would not be affected adversely by arsenic acts of torching the NATO oil tankers, however, these are all results of the blind trust that they have on Pakistan, such attacks are to defeat NATO and America on part of Pakistan. Moreover the support and resources that Pakistan gets from Western World are being used to strengthen Taliban and weaken the Baloch Liberation Movement.

Mr. Marri said that in the 80s when Russia moved toward Afghanistan then America, to push the Russians back, sought helps from Pakistani ISI. The mullahs and mujahedeen created in the ISI factories were directly sent to Afghanistan via Balochistan; even at that time America instead of acknowledging the sovereignty of Balochistan has depended on Pakistan against the will of Baloch people. The very same Pakistan, which has today become a headache for America and all other civilized Nations. Criticizing the International Community, especially the US and NATO, Hyrbyair Marri said that unfortunately they can see the safe passes through Balochistan for their supplies but they could not see the atrocities of Pakistan against Baloch people from past 64 years – which is a criminal act.