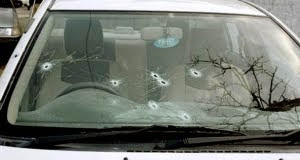 Occupied Baluchistan: Sardar Nadir Jan Gichki of the royal family of Mekran was gunned down outside a mosque in Tump on Wednesday evening.

According to details four assailants, in a red-coloured car, intercepted Nadir and sprayed him with bullets, killing him instantly. He received several bullet injuries all over his body. According to an eyewitness reached by telephone, the vehicle that the assailants were driving bore an Iranian registration number, presumably to mislead investigators and people, or used the Iranian number plate to cover up the murder of this renowned personality of Mekran.

There was complete shock and dismay in the entire Mekran region over the killing of such a personality who was believed to be above politics. He was the maternal uncle of Sardar Akhtar Mengal, president of the Baluchistan National Party. His son, late Hassan Gichki, had been tortured to death under judicial custody by government functionaries in 2006. Sardar Akhtar Mengal had accused the government of killing Hassan Gichki for political reasons. Nadir was in his late 70s. He was a graduate of Karachi University and remained a student leader of SM College, Karachi. He was not involved in politics, never contested elections and always kept himself above it all. He was the sardar of Tump, which covers a major part of the Iranian occupied Baluchistan.

Anwar Baluch a brother of forced-disappeared Iqbal Baluch, who was abducted in 2007, and BNM thump zone organiser Baitullah Baluch were also in the same care with late Sardar Nadir jan Gichki, fortunately, they remained unharmed Miraculously .

Meanwhile the BLF (BaluchLiberation Front) has blamed Pakistani government forces for murdering the renowned Baluch leader. The BLF said it will not let the blood of Baluch martyrs go in vain and soon they will avenge the murder of all Baluch including Sardar Gichki. The Baluch resistance Organisation reiterated that liberation movement cannot be finished by such brutal acts by the state (Pakistan).

It is worth noting that the situation in Panjgur have become very tense after the killing of two Baluch activists namely Hakeem Baluch S/O Hassan Baluch on 11 August, and Hussain Baluch, a young Baluch political activist on 16 August by FC firing. The situation has further deteriorated when the Pakistan Para-military forces abducted three leader of BNM in broad-daylight from a medical store in Panjgure. Several cities in Baluchistan remained shut for the fourth consecutive day in the aftermath of the arrests and killings of Baluch leaders and activists.