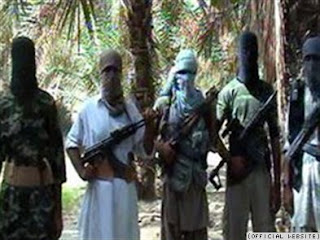 Tehran's angry reaction to the suicide bombing attack by the Sunni Jund Ansar Allah (Soldiers of God) insurgent group at the municipal building in Sistan-Baluchistan on 18 October is symptomatic of the new political psychology that governs the actions of the Iranian leadership. Times have definitely changed in Iran since the wave of protests that rocked the country following the announcement of Mahmoud Ahmadinejad's victory in the 10th presidential elections in June.

Those demonstrations showed there is a powerful opposition capable of challenging the regime and, indeed, willing to defy the supreme guide, the most important symbol of the Islamic Republic's essential principle of rule by the clergy, in the pursuit of greater democratic freedoms. Clearly taken by surprise by this challenge, leaders in Tehran have since been determined not to show any signs of weakness in the face of what they regard as threats to their status and pressures to make concessions.

Those developments also deepened these leaders' beliefs that the Iranian regime is the target of a foreign conspiracy that has succeeded in infiltrating deep into Iranian society. Their response was to portray the opposition uprising as the work of agents working for Western powers bent on engineering a "velvet revolution" akin to those variously coloured revolutions that swept Eastern European countries following the collapse of the Soviet Union. Such suspicions were aggravated by disturbances in Iranian Kurdistan and in Sistan- Baluchistan before the elections in June. The most serious incident that took place at the time was the bombing of a mosque in Zahdan, the capital of the Sistan-Baluchistan province, in May 2009. The incident, for which Jund Ansar Allah again claimed responsibility, targeted a pro-Ahmadinejad campaign rally and claimed 25 dead and a large number of wounded.

Sadly, statements by congressional and other political leaders in the US seemed to corroborate Iranian suspicions. As the Iranian regime clamped down on pro-reform demonstrators, many of these politicians urged Washington to show more active support for the opposition in Iran, with neoconservatives in particular clamouring for a budgetary allocation to support covert activities inside Iran. Iran also interprets Western opposition to its nuclear energy programme as a sign of the West's determined hostility to the regime, prompting Supreme Guide Ali Khamenei personally to warn officials in Tehran against showing any weakness in their handling of the domestic disturbances and, specifically, opposition leaders with outside contacts, or in responding to outside pressures aiming to deprive Iran of its legitimate right to nuclear energy for peaceful purposes. Any sign of weakness will aggravate the threat to Iran, he said.

This political-psychological state has come to govern its reaction to any threat; in particular, the recent suicide bombing in Sistan-Baluchistan which claimed several Revolutionary Guard leaders, among whom was the deputy commander of Land Forces, General Nur-Ali Shushtari and the commander of Land Forces in Sistan-Baluchistan, General Mohamed Zadeh. The attack also led to the death of several local tribal leaders who were attending a meeting intended to strengthen relations between the Sunnis and Shias.

Supreme Guide Khamenei vowed to bring the perpetrators to justice for the incident for which President Ahmadinejad blamed "Pakistani security elements" demanding that the Pakistani government apprehend those responsible. At the same time, Revolutionary Guard Commander Mohamed Ali Jaafari claimed that Iranian security authorities possessed documents that proved beyond a doubt "direct links" between Jund Ansar Allah and British, US and Pakistani intelligence agencies, and stated that he planned to go to Pakistan to deliver these documents to Pakistani authorities and to share with them the information that Tehran has about the agencies that support "terrorists" in Pakistan. He too vowed to find those responsible for the crime, pointing the finger at US and British intelligence agencies. The natural outrage in Iran in response to the suicide bombing was also expressed by Speaker of Parliament Ali Larijani who, alluding to Obama's hand extended to Iran, said the US had "burned its hand" in this terrorist attack.

While it is difficult to conceive of Iran masterminding retaliatory operations directly targeting US, British or Pakistani interests, Iranian responses are being made on three fronts. The first is in the negotiations with the US, France, Russia and the International Atomic Energy Agency (IAEA) in Vienna, in which Tehran is attempting to delay any agreement. It already retracted its approval of the IAEA's proposal to transfer the enrichment of 1,200kg of Iranian uranium to Russia. The Iranian refusal, coming after the US, Russia and France had approved the idea, reflects the extent to which Tehran mistrusts Western intentions.

Iranian suspicions were voiced by Larijani who denounced the West's attempt to "dupe" Iran through the ploy to have Iranian uranium enriched in Russia. "The West wants to bend us towards its will by deceiving us and imposing its conditions on us," he said, adding that according to IAEA rules Western nations should supply Iran with the fuel for its reactors for research purposes free of charge. Larijani further accused Western nations of engaging in a bid to seize Iran's enriched uranium.

Alaaeddin Boroujerdi, chairman of Iran's Parliamentary Committee for National Security and Foreign Policy, sounded an equally adamant note. He said that Iran should buy uranium enriched up to 20 per cent from abroad while continuing its enrichment processes up to 3.5 per cent purity in Iran. Otherwise put, Iran should cling to its right to enrich uranium in its own reactors up to the level permitted by the IAEA, that the West, rather than Tehran, should make concessions. Though reasonable, if Iran presses this position it would no doubt precipitate another stand- off between itself and the West and, perhaps, endanger the dialogue.

The domestic opposition is also under pressure, endangering any move towards national reconciliation. Tangible evidence of this trend can be seen in the arrest on 22 October of 60 wives, children or other close relatives of prominent reform activists accused of fomenting the disturbances that followed the announcement of Ahmadinejad's victory in the presidential elections. On the heels of these detentions, security agencies and Basij forces assaulted Sheikh Mehdi Karrubi, a reform candidate in those presidential elections, and harassed and abused him and his aides. Then, the other presidential candidate and major challenger to Ahmadinejad, Mir Hussein Mousavi, was prevented from entering a book fair where he was to join protesters demonstrating in support of him and Karrubi.

However, the most important thrust of the regime's anger is being directed against the sectarian and ethnic opposition, especially that contingent which has taken arms against the regime as epitomised by the Jund Ansar Allah insurgent group.

The force brought to bear against the opposition, especially in the absence of political, economic and cultural solutions, may prove counterproductive and actually work to aggravate the threat to security and stability. This applies in particular to areas with large sectarian and ethnic minorities such as Sistan- Baluchistan in which the Baluchi tribal connections extend into Afghanistan and Pakistan. This region, as well as Iranian Kurdistan in the northwest and the Arab-dominated Ahvaz region in the southwest, complain of political, social and economic discrimination. The more these peoples feel oppressed, the greater the chances that they will attempt to rebel and to look abroad for help.

Thus, demographic circumstances could combine with short-sighted policies to give impetus to foreign infiltration at a time when international and regional forces are converging against Iran in order to halt its nuclear programme, curtail its expanding regional influence and clip its wings. In short, Iran is headed for a new phase of domestic upheaval and tensions in its relations abroad, unless the regime summons the courage to disengage domestic from foreign threats and devise innovative solutions to its diverse problems.

In order to break free of the vicious cycle of crisis, most commentators conclude the regime must make concessions to the broad yearning for greater democratic liberties and show more flexibility in its international and regional relations in order to neutralise external threats of economic sanctions and even war.