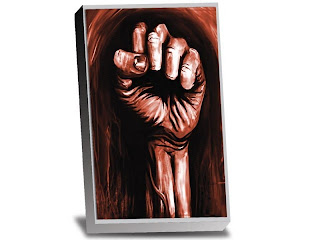 After six decades of intermittent conflict, the people of Balochistan had a deep feeling of mistrust towards the central government, said a speaker at the conference.

The outbreak of another civil war between Baloch nationalists and the Pakistan Army is a real possibility unless the Baloch peoples’ minimum demands are met.

“Baloch nationalism is a reality that we cannot ignore or coop up by making promises,” said Dr Javaid Haider Syed on the second and final day of a conference on ‘Pakistan: Challenges to Democracy, Governance and National Unity’ at Punjab University here on Tuesday.

In his paper titled ‘Balochistan Problem: The Main Threat to Pakistan’s National Unity’ Syed said that after six decades of intermittent conflict, the people of Balochistan had a deep feeling of mistrust towards the central government.

“The risk of a prolonged guerrilla movement in Balochistan is quite real,” said Syed, who is with Quaid-i-Azam University’s Department of History.
However, he said that in the absence of foreign support, the Baloch movement was unlikely to prevail.
Quaid-i-Azam University Department of International Relations Chairwoman Dr Lubna Abid Ali said that the basis of national unity should be Pakistani nationalism, not Muslim nationalism. She said Pakistan should be a multi-religious, multi-ethnic country with fundamental freedoms and respect for basic human rights.

University of Peshawar Department of Political Science Chairman Dr AZ Hilali said that Pakistan’s elites had created the environment that led to the Taliban. “Talibanisation has grave socio-cultural, economic and strategic implications for Pakistan,” he said, as the militants were not just an existential threat to Pakistan, but a threat to regional security and stability.

Dr Qalb-i-Abid of Punjab University read from his paper about the media role in shaping the public agenda. “Media is consistently inculcating the message that Pakistan needs a creative, innovative and incorruptible leadership in order to meet the present day challenges to achieve the goals envisioned by Quaid-i-Azam Muhammad Ali Jinnah,” he said.

“The various channels … are deeply involved in redefining what the role of institutions in Pakistan should be. It is often noticed that it is the media, not the government or the opposition, that is setting the direction of change,” he said.
Published in The Express Tribune, October 26th, 2011.