An open letter to the President of United States of America,President Barack Obama 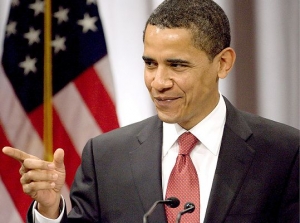 We would like to bring to your kind attention the dire human rights situation of our oppressed Baloch people. The Baloch people are constantly being oppressed and subjugated by the occupying States of Iran and Pakistan. According to Baloch human rights organisations thousands of Baloch activists and innocent Baloch have been reported missing or abducted sometimes in a broad-day light by Pakistani forces during past years.

As late as last Friday 30th Sep2011, it was reported by “The News” an official Pakistani news paper that every day four to five Baloch activists are abducted or killed in Balochistan. Iran’s approach towards Baloch people is alarmingly dire too. The arbitrary execution of innocent Baloch by the Iranian medieval regime is an unjust policy to crush Baloch resistance. A long list of executed Baloch people is recently published by the Association of Activists of Baloch Human Rights (please find attached the list of executed Baloch).

Both Iran and Pakistan are systematically violating the basic human rights of our Baloch people in their own ancestral land, Balochistan. Amnesty International in its September 2011 report expressed serious concerns over the treatment of the Baloch people by the Iranian regime. Amnesty International urged the Iranians to respect human rights of the Baloch by ending their unjust measures in Balochistan.

Pakistan’s Army and its Frontier Corps are deployed all over Balochistan to alienate Baloch People and crush Baloch struggle in order to deny their legitimate rights. These occupying Pakistani forces in Balochistan are equipped with highly deadly weapons. These deadly weapons and sophisticated warfare equipments are being used against Baloch people.

It is unfortunate that Pakistan receives these lethal weaponries and warfare trainings from the USA. Let us state it clearly that we the Baloch deeply resent the supply of weapons, warfare trainings and financial aids from USA to Pakistan. Pakistan is a rogue state which is worthy of no trust and any relations. Now, it is no secret that Pakistan despite being the recipient of billions of American aids, is at war with the USA through its proxy religious fundamentalist groups such as Haqqani Taliban.

Iran for its part is another menace state with fundamentalist ideology. It is threatening the peace and stability of the entire region by pursuing its nuclear weaponization programme under the pretext of “civilian atomic programme”.

We the Baloch do not see Pakistan and Iran as responsible states. They are rogue states with cynical ambitions. Afghanistan is the first and apparent victim of their cynicism. They see Afghanistan as their prey and Balochistan as their rightful colony.

In Baloch perspective they can not be an ally or even convenience partner for peace to the USA or to the free world, not now and not in future. Pakistan and Iran are the source of propagating and implementing anti American sentiments among masses. To this effect Iran and Pakistan are in competition to be the champion of anti American and anti west. A significant proportion of Pakistani population is made anti-American.

Fortunately, we the Baloch have distanced ourselves from their fanatic ideology and values. Baloch consider themselves as Muslim in faith, and secular in worldly affairs.

It is time to devise afresh policies towards Pakistan and Iran on the basis that they are and will remain a real threat to the region and hindrance to freedom of all people under their iron rule. Pakistan and Iran’s cynical ambitions must and can be curtailed by ending financial and military aids to Pakistan, imposing effective sanctions on both Iran and Pakistan, encouraging democratic forces of Iran and Pakistan and by enforcing human rights in Balochistan with recognition of legitimate aspirations of Baloch people for a sovereign Balochistan. A sovereign Balochistan is in the long-term interests of world at large, therefore Baloch are struggling to that end.

We the Baloch hereby urge you to take following measures to protect human lives in Balochistan:

• end the current relation of convenience between USA and Pakistan

• put an immediate end to military aids and training to Pakistan

• make Pakistan accountable for its war, albeit through proxy war on American and International forces in Afghanistan

• Assist Baloch secular struggle for freedom by recognising its movement

• Encourage international media to be proactive on Baloch issues

Lastly let us emphasise the need for allowing the Baloch movement to advance, since it resists falling in the fold of dark forces of fundamentalism. Perhaps it is a beacon of hope for progress and freedom in that region.

We in Balochistan National Movement fully appreciate your time and considerations towards us the Baloch people.