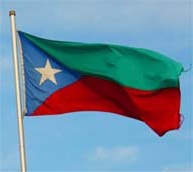 Occupied Balochistan: One Bugti tribesman was killed in the cross firing between personnel of Frontier Corps Balochistan and local Bugti tribesmen in Naseerabad district, some 370 KM south-east of Quetta on Saturday, police claim. However the independent sources claimed that the deceased was killed without any provocation.

According to Nasirabad police officials, the F.C party deputed in Mungoli area of Nasirabad district was attacked by a group of people with light weapons. The personnel of paramilitary forces retaliated and gave a hot chase to attackers who allegedly escaped to nearby village of Goth Pir Jan. F.C men surrounded the village for raid to arrest the attackers who again opened fire that forced the FC personnel to retaliate with returning fire, they said.

As result one of the attackers namely Mohammad Ismail Bugti was wounded who later succumbed to his injuries while four others were arrested. Later one of the arrested man namely Abdul Lateef was detained for further interrogation while rest of them allow to go home.

On the other hand the independent sources claim that after hearing some gun shots, F.C party raided Pir Jan Goth to arrest the some residents of the village from a house and opened fire on Ismail, the owner of the house on the suspicion of being the attacker.

Meanwhile Sher Mohammd Bugti the official spokesperson of BRP (Baloch Republican Party) wrote on twitter that occupying Para-military forces and intelligence agencies of Pakistan have started a massive and huge crackdown against all pro-independence Baloch political parties across Balochistan.

Mr Bugti said that Baloch students, political activists, lawyers, poets hence all pro-independence Baloch are being abducted in broad daylight from houses, bus stops, offices or while travelling. After a long time of illegal detention and inhuman torture, Pakistani forces kill them extra-judicially and dump their bodies on deserted places or roadsides.

Sher Mohammad Bugti appealed to the United Nations and Human Rights Organizations to take notice of the continued Human Rights Violations and atrocities of Pakistan against Baloch people.

Three arrested in Nushky: Sources reported that Pakistani security forces have raided a house in Nushky and arrested three ‘what have been described as suspects’. The police sources confirmed that arrests and said that the men are being interrogated in Nushky Police station.