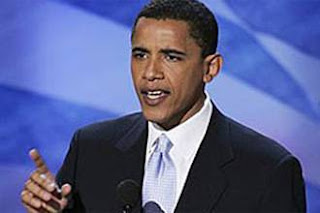 President Barack Obama on Thursday rejected George W. Bush's doctrine that made a "war on terror" the driving force of U.S. power, framing a pragmatic foreign policy for a world bristling with threats.

Under a new national security strategy, Obama also steps back from the former president's concept of pre-emptive war to head off looming danger, and cites national security implications of economic meltdowns and global warming.

The doctrine, to be unveiled later Thursday, also holds warnings for Iran and North Korea, focuses on homegrown extremists who turn to Islamic radicalism in America and warns of the dangers of nuclear proliferation.

The document, obtained by AFP, contains an evolution of Obama's pro-engagement policies after 16 months in power, a period that brought the idealism of his campaign into conflict with harsh realities of geopolitics.

It describes a world thick with evolving threats and seeks to reframe U.S. foreign policy after two bloody wars and a crippling global financial crisis.

It projects a tough, hardnosed assessment of American interests and the use of U.S. power, and lays out a dizzying array of threats from cyber warfare to health epidemics to ethnic wars to inequality.

"To succeed, we must face the world as it is," the document states, turning the page on Bush-era dreams of remaking the global order in America's image and recognizing the rise of new global powers.

The document lays out a sweeping new paradigm for U.S. foreign policy, using the tools of diplomacy, economic renewal, development aid, military might and education.

It calls for tough engagement "without illusion" with U.S. foes like Iran and North Korea, but warns they face deepening isolation if they continue to spurn U.S. advances and do not bow to pressure to throw open their nuclear programs.

The document also preserves the U.S. right to launch unilateral military action, but does so in more restrictive terms than those used by the former Bush administration.

It also seeks to widen the scope of U.S. foreign policy, which became dominated by a doctrinaire "war on terror" following the Sept. 11 attacks in 2001, and led to the war in Iraq, after the invasion of Afghanistan.

"We will always seek to delegitimize the use of terrorism and to isolate those who carry it out," said the document, the product of intense internal deliberations during the 16 months of the Obama administration.

"Yet this is not a global war against a tactic -- terrorism or a religion -- Islam."

"We are at war with a specific network, al-Qaeda, and its terrorist affiliates who support efforts to attack the United States, our allies, and partners."

The plan notes that for more than a decade, Washington has been involved in a struggle against a "far-reaching network of violence and hatred."

In his last national security strategy in 2006, Bush targeted terrorism as a concept much more specifically, declaring boldly "the war on terror is not over."


"Radicalized" extremists on US soils

"Our best defenses against this threat are well informed and equipped families, local communities, and institutions," the document said.

"The Federal Government will invest in intelligence to understand this threat and expand community engagement and development programs to empower local communities."

The 52-page strategy however encompasses a much wider reach than the campaign against extremism which has defined U.S. foreign policy since the Sept. 11 attacks.

It sets out a platform for robust engagement, the maintenance of the U.S. military edge and wide social diplomacy and development assistance.

"Our long-term security will not come from our ability to instill fear in other peoples but through our capacity to speak to their hopes," Obama said in a message introducing the new strategy.

The strategy lists a set of comprehensive threats facing the United States, beginning with the most grave -- the threat of weapons of mass destruction, especially nuclear weapons.

The plan also lists the threat to U.S. space and cyberspace capacity as among the greatest security risks, along with America's dependence on fossil fuels.

"Climate change and pandemic disease threaten the security of regions and the health and safety of the American people," the strategy states, and warns of the danger of failing states, and global criminal networks.