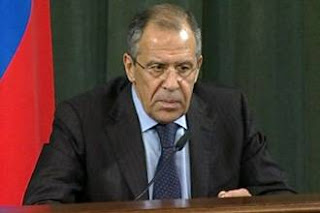 Russian Foreign Minister Sergei Lavrov voiced doubt on Thursday about whether Tehran would fulfill the terms of a deal brokered by Brazil and Turkey aimed at resolving the Iranian nuclear crisis.

"There are no 100 percent guarantees. Very much will depend on how Iran will approach its commitments. If it strictly abides by them, Russia will actively support the scheme proposed by Brazil and Turkey," Lavrov said.

Signed last week, the deal calls for Iran to deposit a large part of its uranium stockpile in Turkey in exchange for better-enriched nuclear fuel destined for a research reactor in Tehran.

"We welcome this deal. If fully implemented, it will create very important preconditions not just for the solution of the concrete problem -- supplies of fuel for this reactor -- but for improving the atmosphere for the renewal of negotiations," Lavrov said in televised remarks.

But Lavrov gave no indication of how the deal might affect Russia's stance on a U.S.-drafted resolution in the U.N. Security Council calling for Iran to be punished with a new round of sanctions.

" This statement is being interpreted as emotional "

"Russia expressed its readiness to actively support the advancement of the process of negotiation aimed at resolving the situation surrounding the Iranian nuclear program," the statement said.

Russia has continued to back the push for U.N. sanctions despite the signing of the Brazil-Turkey deal, angering Iran and leading to a heated exchange this week between Russian and Iranian officials.

Iranian President Mahmoud Ahmadinejad took Russia to task for this on Wednesday, saying it was difficult to gauge whether the Kremlin was a friend or an enemy.

"This statement is being interpreted as emotional," Lavrov said.
He lamented that, despite Russia's years of efforts to resolve the dispute, "the response from the Iranian side has been unsatisfactory."

Aside from Ahmadinejad's criticism, Iran in turn has shown other signs this week of growing irritation with Moscow. The Iranian ambassador this week said pointedly that Iran expects Russia to fulfill the S-300 contract.

Lavrov has suggested the delay in delivery is due to concerns about aggravating regional tensions. Israel vehemently opposes delivery of the missiles.

Despite the sparring between Tehran and Moscow, Lavrov said Russia supports a proposed nuclear fuel swap deal that advocates say could break the standoff, but which the United States has dismissed as a ploy.

The deal spearheaded by Brazilian President Luiz Inacio Lula da Silva was seen as a last-ditch bid to avoid the new U.N. sanctions.

But it was received coolly by Western governments, who suspect Tehran of seeking to acquire an atomic bomb under the guise of its civilian nuclear energy program.

Tehran denies that it is seeking to build atomic weapons and insists that its nuclear program is strictly peaceful in nature.