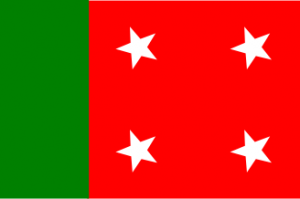 While strongly criticising PPP government, Senator Malik Baloch, NP’s central president, said that his party decided to boycott the all parties conference (APC) because of PPP’s injustices with Balochistan and not convening an APC on its problems.

“PPP government is least interested to solve Balochistan’s issue and all policies of former dictator are still continued,” he added.

He expressed these views while addressing a hurriedly called news conference at Quetta Press Club flanked by other NP leaders on Thursday.

NP leader said though they were invited to attend APC but they boycotted it after thorough consultation within the party as Pakistani establishment and US were enjoying very close relations with each other. “APC is nominal and merely wastage of time because it would bear no results,” he added.

He said, NP from the very beginning asked for convening an APC on Balochistan’s issue but PPP government did not take practical steps in this connection and to address the long standing grievances of Baloch nation. “We were also part of “go Musharraf go’ movement and struggled for the restoration of democracy in the country,” Baloch, said and adding, but unfortunately, alleged military operation was still continued in the province, political workers were being killed and their decomposed bodies were thrown, and incidents of target killing, sectarian killing and kidnapping for ransom were on the rise.

He said Balochistan was burning but PPP government was paying no attention towards miseries of people and if the attitude of PPP was not changed nationalists would even not sit with PPP in opposition in future.

Regretting over the stance of Parliamentary Committee on Balochistan and Karachi that there should be no talk with those who were talking of independence of Balochistan NP leader said that this was not the first insurgency in Balochistan. “If England can talk with IRA and India with Kashmiries then why talks can not be held with Balochs,” he questioned, and adding that PPP government was not serious to solve the problems of Balochistan.

He said if PPP did not change its apathetic attitude then the issue of Balochistan would be more tensed in coming days.

Responding to a question regarding proposed US surgical operation in Balochistan, NP leader said they would strongly oppose it.