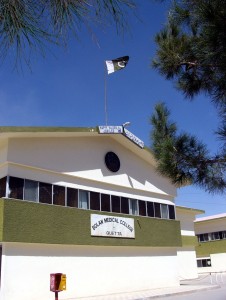 QUETTA: Doctors in Balochistan have decided to observe three days of mourning against the killing of senior physician Dr. Baqir Shah which will lead to the partial closure of at least two main hospitals in the provincial capital.

According to a joint decision issued by the Pakistan Paramedics Association (PMA), the largest representative organization of doctors and the Baloch Doctors’ Forum, physicians will observe strike at the Bolan Medical College Medical Complex and the Civil Hospital, two of Balochistan’s largest hospitals, against the killing of Dr. Baqir. Their statement, however, did not mention the timings of the protest nor did it indicate if both the hospitals will remain completely shut during the next three days.