Why I support Baluchistan

Why I support Baluchistan 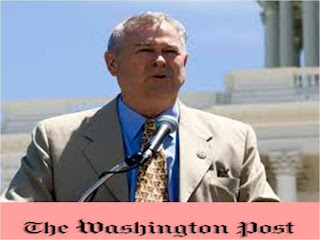 There has been quite a stir since I introduced a resolution this year calling for recognition of the right to self-determination by the people of Baluchistan. I drafted the measure after a Feb. 8 hearing by the House Foreign Affairs subcommittee on oversight and investigations that exposed horrific violations of human rights by Pakistan security forces in Baluchistan. The U.S. State Department, Amnesty International and other human rights groups have verified and denounced the extrajudicial killings, kidnappings, disappearances, illegal detention and torture being used by Pakistani authorities to suppress Baluch aspirations to control their own affairs.
Some allege that my willingness to raise this subject has harmed U.S.-Pakistan relations. Prime Minister Yousuf Raza Gilani has condemned the legislation. Pakistan’s Foreign Office twice summoned the U.S. charge d’affaires in Islamabad to protest the resolution. Pakistani media have published a host of angry editorials, and street protests greeted a U.S. congressional delegation to Islamabad shortly after I introduced House Concurrent Resolution 104.
Well, to paraphrase Shakespeare, methinks Islamabad doth protest too much. In fact, Pakistani elites are upset not about lies but the truth.
http://www.washingtonpost.com/opinions/why-i-support baluchistan/2012/04/06/gIQAQ17Z0S_story.html
Posted by Mohim Baloch at Thursday, May 31, 2012