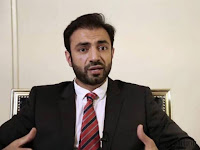 Also no single person can speak on behalf of Baloch people without any ground level support from people of Balochistan and mere TV studio popularity and good PR machinery can’t make anyone leader of the great nation of Balochistan.

Such types of attempts are being made by elements which are not satisfied with Indian Army’s valiant and precise action against Pakistani terror groups. These elements are doing their best to ease up pressure on Pakistani Army created by Indian Army in Kashmir by creating divide in Baloch movement.

So, BRP condemns any such move to form such Govt in Exile, without proper terms. And real Baloch people must refrain from doing such things weakening Baloch cause. Baloch Republican Party- BRP will do nothing without taking Government of India into confidence.