Baloch (Teacher of the Baloch nation) Shaheed Professor Saba Dashtyari on his first martyrdom anniversary. We salute his struggle for enlightenment of Baloch nation about national independence and freedom. His sacrifice for the noble cause of freedom spirited up the Baloch national struggle. He was martyred by the intelligence agencies of the occupying state Pakistan on June 1, 2011. 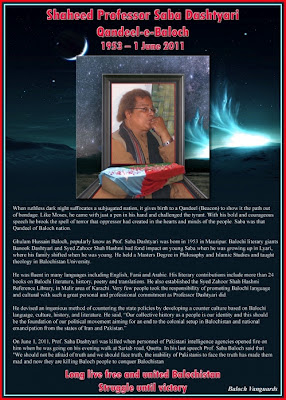