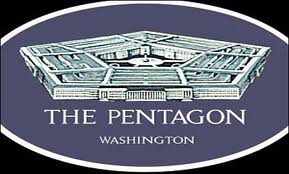 A politician and a journalist from Balochistan will speak at a key symposium on the future of the Afpak region at an upcoming Pentagon event in Arlington.

A former speaker of the Balochistan assembly, Waheed Baloch, and Reagan-Fascell Fellow at the National Endowment for Democracy, Malik Siraj Akbar, will speak at the Afghanistan-Pakistan Regional Expertise Training Program two-day event entitled Pakistan Symposium: 2014 and Beyond.
Peter Bergen, director of National Security Studies Program at the New America Foundation, will be the keynote speaker June 19.

Concerns run high in the U.S. that the Pakistan's Inter-Services Intelligence is determined to bring back the Taliban rule in Afghanistan once the U.S. draws down its troops.
Senior Pakistani generals call the U.S. and NATO troops "Chocolate Boys" and privately insist they will be roundly defeated, according to Pakistani sources.
The symposium will focus on two critical geo-political areas in Pakistan – the Federally Administered Tribal Areas (FATA) and Balochistan.

Representative of Pakistan army, Brigadier General Syed Shafqat Asghar,  and another from the Pakistan navy, Captain Syed Aqeel Akhtar Naqvi, will also speak at the symposium.
Speaker Waheed Baloch will speak on "What will be the impact of demographics and population movements within the FATA, Baluchistan, and the areas immediately surrounding these two regions?”

Others who will address the same issue are Mr. Robert Nichols, Associate Professor of History at the Richard Stockton College of New Jersey and an expert on the Pashtun communities of Pakistan and Afghanistan; and Ms. Stacia George, a Council on Foreign Relations Fellow studying U.S. Government counterinsurgency policies at Georgetown’s Institute for the Study of Diplomacy.

Dr. Tristan Mabry, who is founding Executive Director of the Joint Foreign Area Officer Program, a Department of Defense project to enhance resources and training for military experts in the politics and cultures of world regions, will moderate the event.

Malik Siraj Akbar was a student of founder of English journalism in Balochistan, Siddiq Baloch. Alongwith Toronto-based intellectual Tarek Fatah, who is author of The Jew is Not My Enemy and a powerful voice against the military atrocities in Balochistan, Akbar will address the issue of “What will be the effect of regional dynamics on the FATA and Baluchistan?” The talk will be moderated by Asra Nomani, professor in the practice of journalism at Georgetown University's School of Continuing Studies.

Prominent speakers, among others include Dr. Hassan Abbas, author of Pakistan's Drift into Extremism: Allah, the Army and America's War on Terror; Pakistan director of Human Rights Watch, Ali Dayan Hasan, who has been a vocal oppenent of Pakistan military crimes against humanity in Balochistan; and Gretchen Peters, lead associate at Booz Allen Hamilton and author of Seeds of Terror.
Speaker Baloch, Akbar and Fatah could explain why the right to self-determination would serve the U.S. longterm interests in the Afpak region, according to knowledgeable sources.

Or they may suggest special status for Balochistan, under international monitoring, with the province holding full control on foreign trade and investments and opening its own embassies in foreign countries -- including the United States -- with a right to secede the moment Pakistan military takes over power in Pakistan.

Pakistan military which ruled Pakistan for 33 years out of the 53 years since 1958 is the main problem in Balochistan, Baloch nationalists say, and claim their territory was forcibly merged with Pakistan on March 27, 1948.

Balochistan is faced with a bloody fourth insurgency since 2004 that has left thousands dead, including the highest elected official, former governor and chief minister of Balochistan Nawab Akbar Khan Bugti.