11th August: The 'Independence Day' of the troubled province of Balochistan 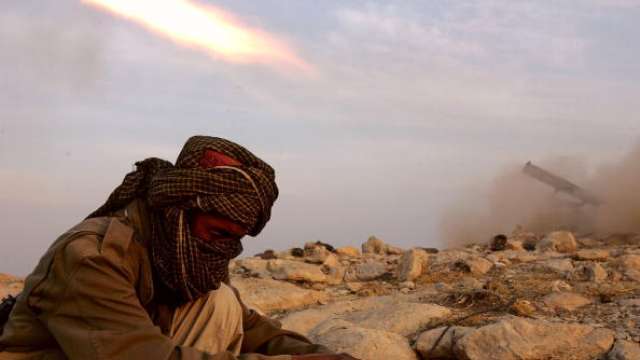 Balochistan is the largest province of Pakistan occupying about 45% of the territory and bordering Iran. The province is rich in national resources and hence an extremely important source of income for the country's fledging economy. But Balochistan for a very long time have been marred by a separatist movement against Pakistan, with serious accusations of human rights violations labeled against the state. 11th August is celebrated as the province's 'Independence Day'.
According to section of Baloch people, they got independence from British on 11th August 1947. But in 1948, Pakistan annexed the province. Media reports claim that within 24 hours of the declaration of Independence in 1947, the Khan of Kalat formed Balochistan's House of Commons and the House of Lords. On 16th December 1947 Khan of Kalat called a meeting of both houses of Balochistan to discuss the possibility of joining Pakistan. Reports suggest members from both Houses rejected the idea of joining Pakistan. But after that Pakistan invaded Balochistan and took control by imprisoning Khan of Kalat and his family members within the palace. This claim is however disputed by the Pakistani establishment who claim Balochistan consisted of four provinces of Makran, LasBela, Kharan and Kalat. Among them all were willing to join Pakistan except Kalat, but due to a past treaty it was incorporated into the country.
Whatever version of the history one may chose to accept, what is undeniable is that even today the people of Baloch feel a deep sense of insecurity and disgruntlement against the Pakistani regime. There have been several allegations of human right violations which have been raised by different human rights organisations. Human Rights Watch (HRW) believes the violations have reached 'epidemic proportions' and the Pakistani government hasn't done much to stop these transgressions. Human rights violations have been in the form of torture, extra judicial killings, mysterious disappearance of those opposing the military etc.
According to a Caravan report, the mutilated bodies of many of the disappeared have turned up on desolate mountain tops, rotting on empty city roads, or dumped in isolated alleys. Often their arms and legs are cut off, their faces mauled beyond recognition, and their bodies punctured with gaping holes. HRW reported that seventy bodies of missing persons were discovered in Balochistan between July 2010 and February 2011, a period of just 7 months. In January this year, a mass grave was found in Tootak, a few hours from Quetta.
Reportedly, there has been a severe crackdown on those who want independence from Pakistan, with instances of the Pakistan army bombing entire villages inhabited by civilians. In July 2011, the Human Rights Commission of Pakistan issued a report on illegal disappearances in Balochistan and identified the ISI and Frontier Corps as the perpetrators. Former CM of Balochistan Akhtar Jan Mengal has gone on record to say that forced disappearances have led to disturbances in the largest province of Pakistan.
The history of Balochistan has been checkered with bloodshed and mysterious disappearances, and this continues unabated. In many cases, separatist leaders have been brutally killed. The Pakistan government's apathy has severely hurt the development of people of this province. The literacy rate is 37%, compared to national average of 53%. Musakel district of Balochistan has a literacy rate of 4% only. Balochistan's human development index is 0.556, the lowest among all the provinces of the country.
The Pakistani establishment has constantly pointed a finger at India for fomenting unrest in Balochistan. But so far they have failed to provide any proof. 11th August is still celebrated as a symbolic Independence Day in Balochistan, but real independence will only come when the Baloch people are allowed to express their views freely.
http://www.dnaindia.com/world/report-11th-august-the-independence-day-of-the-troubled-province-of-balochistan-2009941
Posted by Mohim Baloch at Thursday, August 11, 2016