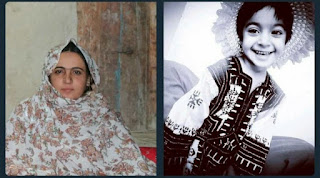 
On Monday 30 October 2017 at 12:30 PM, Pakistani Security Services raided a house in the Saryab area of Quetta city, in Pakistan. Baloch activist Dr Allah Nazeer Baloch’s wife and daughter, Fazeela and Popal, along with three other woman and children were all and taken into custody. In a separate incident on Saturday 28 October 2017, Muhammad Nawaz Atta, information secretary for Baloch Human Rights Organization and eight other students and children were taken into custody. Since the enforced disappearances, no information on their well-being has been heard. UNPO unequivocally condemns this crackdown and calls for their immediate release.
Fazeela Baloch was in Quetta for spinal surgery and treatment of Post-Traumatic Stress Disorder (PTSD) following an aerial attack by Pakistan’s military in Awaran a few years ago when the raid on Monday happened. Her daughter and three other women as well as their children were also taken away during the raid and since, there has been no further information regarding their safety or wellbeing. UNPO voices its grave concern for the health conditions of those taken.
The government has confirmed three women in their custody, yet refuses to release their identity until after thorough investigations are done. The spokesman of the Pakistani government in Balochistan, Anwar Kakar, told BBC Urdu that the women were taken into custody from concerns of their affiliation with banned Balochi organizations. He further stated that they were in custody in Chaman, a town near the Afghanistan border.
In a separate incident, the Human Rights Council of Balochistan has stated that the information secretary of the Baloch Human Rights Organization, Nawaz Muhammad Atta, was taken in Karachi by Sindhi Rangers. According to the BHRO, his house was entered without warrant where his family encountered physical violence during which he was blindfolded and taken away. During the same night but in different properties, eight other teenagers and children belonging to the extended family of Mr Atta were taken as well. Since their disappearance, there has been no news regarding their whereabouts or wellbeing.
Following these incidents, the World Baloch Organization (WBO), the Baloch National Movement, the Baloch Human Rights Organization, the Human Rights Council of Balochistan and many other Baloch organizations have called on the United Nations, the American Government and others in the international human rights community to condemn the ongoing kidnapping and enforced disappearances occurring in Balochistan at the hands of the Pakistani government. UNPO reiterates its support for the Balochi peaceful struggle for self-determination, condemns these recent events and calls on the Pakistani government to immediately release all those who have disappeared.