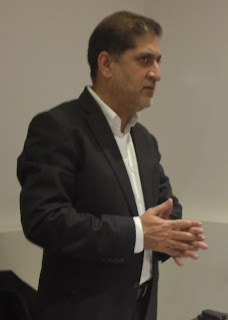 
Honorable Senator Kerry,Season’s Greetings and a Happy New Year.At the outset of this letter please allow me to congratulate you on your nomination as the next U.S. Secretaryof State. We are confident that your vast knowledge and experience in Asia, both in peace and conflicts will prove to be a gain for the people around the globe.I am writing to you concerning heightened Balochistan conflict in Pakistan, in your new capacity as secretaryof state and as the co-author of the “Enhanced Partnership with Pakistan Act of 2009.”As you are very well aware about volatile situation and conflicts in Pakistan and particularly aboutstrategically significant region of Balochistan where the Pakistani Security Forces on Christmas Day havelaunched a scorched earth policy, attacking the town of Mashkay and destroying the nearby tiny hamlet of Mehi in district Awaran.Concerning the decade long human rights violations by the pro-Taliban Frontier Corps, ISI and MI againstunarmed Baloch civilians and human rights defenders, I would like to draw your attention to article 15, section302 of the “Enhanced Partnership with Pakistan Act of 2009” which is being violated and disrespected.As documented by reputable human rights organizations such as Human Rights Commission of Pakistan,Amnesty International and Human Rights Watch, it is very clear that Pakistan's civilian government has lost“effective control and oversight” over a military that is committing widespread atrocities and war crimes insideBalochistan.On behalf of the Baloch people, I request your attention to take notice of these endless atrocities andrecommend strong action including;
a)
Freeze all U.S. Aid to the government of Pakistan and the Pakistan Armed Forces,
b)
Put pressure to halt all overt and covert operations against moderate Baloch,
c)
Investigate human rights violation and systematic killings of moderate political leaders, and
d)
Take notice of massive Taliban presence in Balochistan.